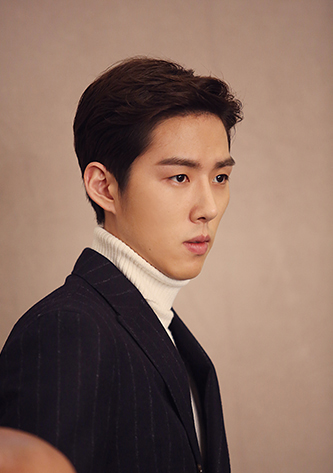 Actor Baek Sung Hyun enlisted in the coast guard on January 2. He entered the Naval Education and Training Command in Jinhae, Gyeongsangnamdo and will be serving as coast guard for the next 23 months.

On January 1, he gathered with his family, friends and colleagues in his agency and held a farewell party.

About the reason why he applied for coast guard, he said, "I like the sea so much, so I really wanted to serve my military duty near the sea if I could. Then I learned about the coast guard, so I applied for it."

When asked if he's not worried about not being able to work for 23 months, he replied, "After I enlist, my movie 'Bittersweet Brew' will be released, and drama 'Mojito' will be revealed soon as well. I hope these works reduce my career break."

Lastly the actor said, "Before enlisting, I experienced stage acting, and I really came to love the theater. It meant a lot to me that someone would come to see a play trusting me as an actor. After being discharged from the military, I'd like to become an actor whom you can trust and watch. I will be more mature when I come back."