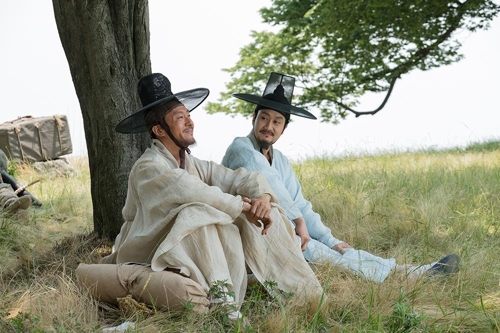 'Heungbu' is a historic movie that tells the story of the genius writer Heungbu who gets inspired by two brothers and writes the 'The Tale of Heungbu.'

The movie is based on the imaginary premise that the anonymous author who wrote 'The Tale of Heungbu' is Heungbu himself, and that he wrote the novel in order to find his older brother Nolbu, whom he lost during Hong Gyeong-nae's rebellion when they were young.

After he finished filming this movie, Kim Joo Hyuk passed away in a car accident in October of last year.