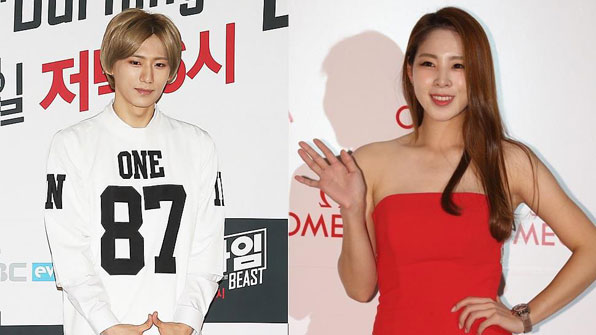 On January 5, a media outlet reported that Jang Hyun Seung, a former member of BEAST, is dating Shin Soo Ji, a professional bowler who used to be national rhythmic gymnast.

They became close through bowling and started dating since last fall. According to a close source, it has been 3-4 months since they started dating. They have been spotted at a bowling alley as well.

Jang Hyun Seung left BEAST in April of 2016 and turned into a solo artist.

Shin Soo Ji was formerly a rhythmic gymnast, and she competed in 2008 Beijing Olympics and 2010 Guangzhou Asian Games. Due to her ankle injury, she retired in 2011 and debuted as a pro bowler in 2014.