This weekend, '2 Days & 1 Night' will be back on air after a long hiatus! The six members- Kim Junho, Cha Taehyun, Defcon, Kim Jongmin, Jung Joonyoung, and Yoon Donggu, will be celebrating a historic moment- the program's 10th anniversary! 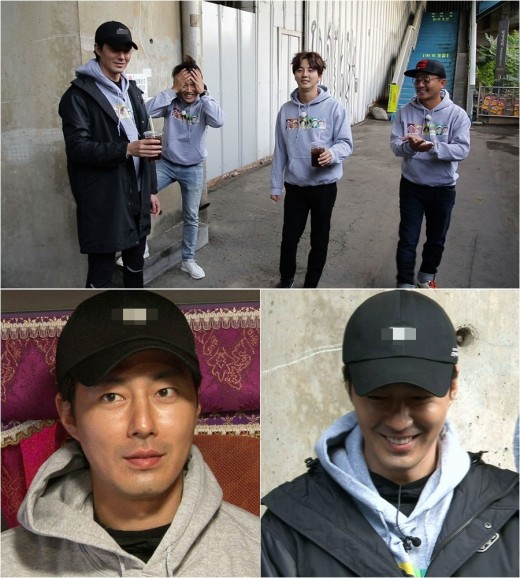 Cha Taehyun makes a surprise call to actor Jo In Sung. Whereas in the past, he was very flustered when he got a call from '2 Days & 1 Night', this time, he is a prepared guest. When Taehyun invites him to the show, he casually replies, "It's about time that I come on the show. Where are you now? Should I go? Now?" The members are surprised at Jo In Sung's audacity!

Jo In Sung comes in a heartbeat, and he doesn't even bring his staff or manager. He was apparently working out when Taehyun called him. He shyly says, "I'm not even wearing makeup..."

He will be playing the lucky or unlucky game with the members. Let's see if he'll be able to get revenge on the members!