Chung Ha to come back with 'Roller Coaster' 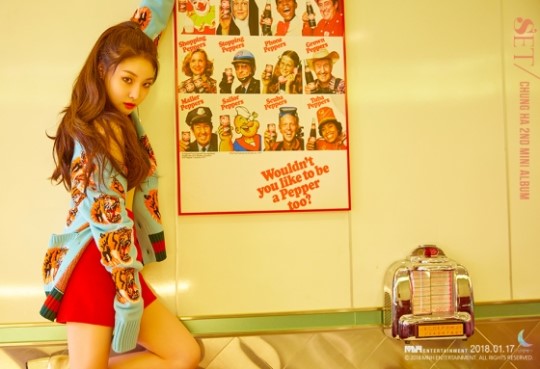 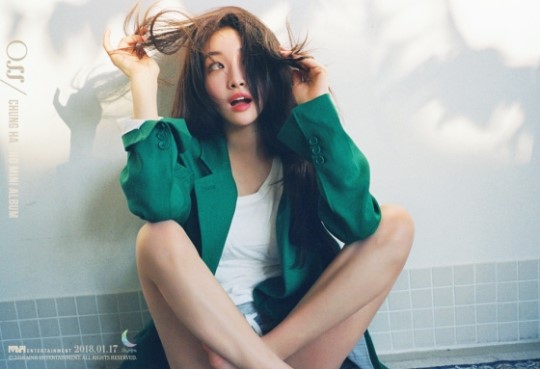 The next day, the track list for the new album 'Offset' was revealed. The title track is 'Roller Coaster' produced by Black Eyed Pilseung. 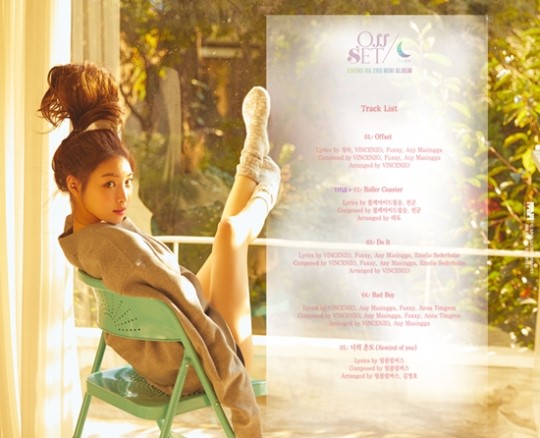 Chung Ha made a debut as a solo artist in June of last year with her first mini-album 'Hands On Me.' She had a successful debut with the title song 'Why Don't You Know.'

The agency introduced the new album saying, "This second mini-album will prove that Chung Ha has been upgraded as a solo artist. As it includes songs from various genres like reggae, swing and ballad, which proves Chung Ha's wide range of musical spectrum, we ask for your interest to the new mini-album 'Offset.'"

Chung Ha's second mini-album 'Offset' will be released on January 17 at 6 p.m.