On January 10, the digital music category of '32nd Golden Disc Awards' took place. At the event, IU received Daesang, or the Grand Award. During her award acceptance speech, she mentioned her late colleague Jonghyun. 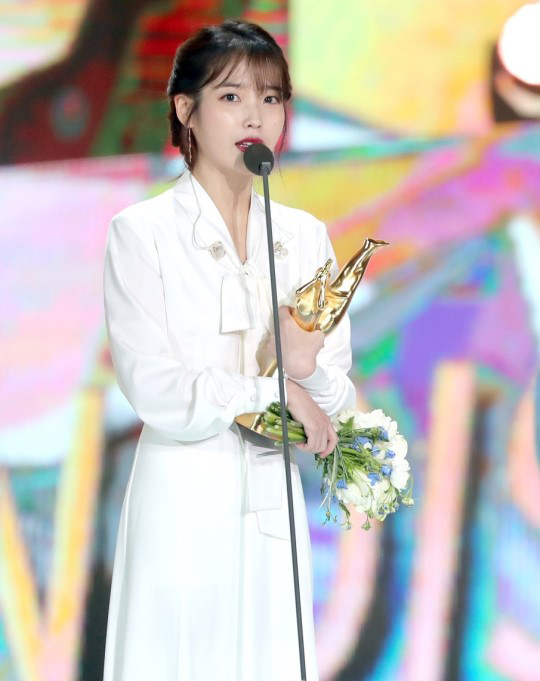 She started out her speech saying, "It's been a while since the last time I appeared on Golden Disc. Thank you for giving me a beautiful award."

She continued, "Honestly, I'm still very sad. I had to let go of someone who was so precious to me as a person, as a friend, and as a musician. Since I know why he was struggling and feeling distressed, I am even sadder and sorrier. And it is unfortunate and sad that we can't embrace the sadness because we are always busy worrying about next month and planning the next year."

"Especially for us artists, it is our job to console others. Although it's good to be professional, I sincerely hope that you don't end up hurting yourself more while trying to hide your feelings."

It was a heartfelt speech that gave consolation and encouragement to the colleagues who are in sorrow.

Below is the list of winners from digital music category of '32nd Golden Disc Awards':

Congratulations to IU and all the winners!