'Music Bank' will hold its 12th world tour at Chile Santiago Movistar Arena on March 23. It will be the program's second visit to Chile since 2012. 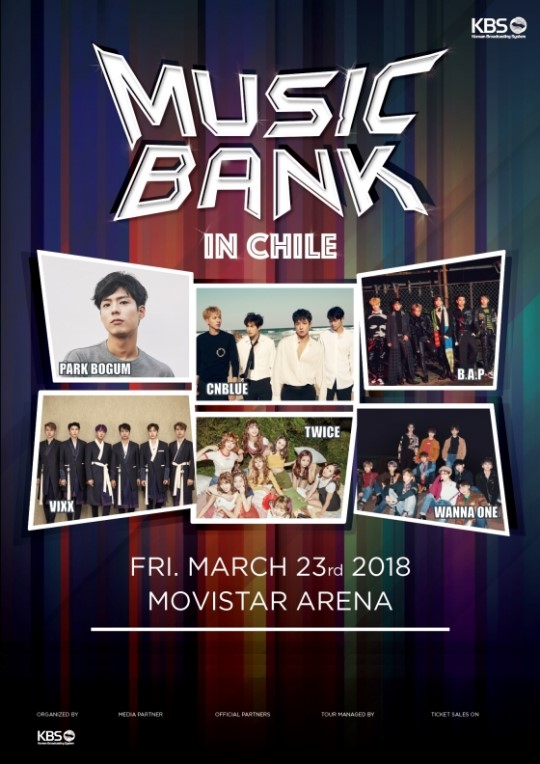 Wanna One, TWICE, VIXX, B.A.P, CN Blue and more K-pop stars will prepare a special performance catered for the local fans. Park Bogum, who hosted the show from 2015 to 2016, will be the special MC as he was in Jakarta last year.

'Music Bank' World Tour is a music festival that invites K-pop stars representing Korea, and it will be aired in 117 countries via KBS World. It started in 2011 with 'Music Bank in Japan' and continued in France, Hong Kong, Chile, Indonesia, Turkey, Brazil, Mexico, Vietnam and Singapore.