Hyeri apologizes for controversy over her acting in recent drama

On January 18, Girl's Day's Hyeri shared a hand-written apology letter to her fans addressing her recent drama 'Two Cops,' which drew many criticisms of Hyeri's lack of acting skills. 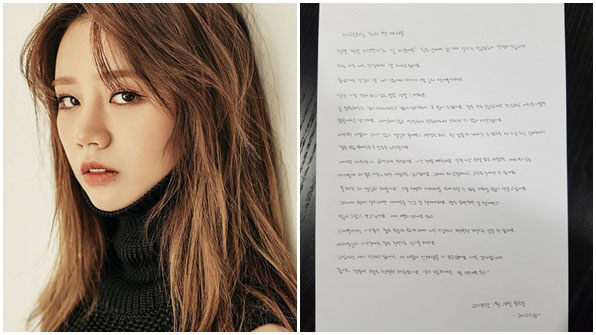 On her fan cafe she wrote, "Although there were a lot of good things, you must have felt sad and upset at times. I was sorrier because you didn't let it show and cheered me on."

She added, "I'm not going to stop at being sorry, but I will look back on it and reflect on myself, and I will work my way up to improve and take a step forward."

Hyeri played a news reporter in 'Two Cops.' She was criticized for her inaccurate pronunciation and lack of acting skills.