Photos of Shin Sae Kyeong wearing an elegant and beautiful wedding dress were revealed. She is holding a bouquet of lavenders.

In the previous episode, Soo Ho officially proposed to Haera. When Haera was asleep on his bed, he slipped a ring on her finger. Then Haera responded to his proposal saying, "I will marry you" and kissed him. He promised her that he'd be "the best husband in the world."

The staff of 'Black Knight' stated, "Soo Ho and Haera have realized their feelings for each other despite Sharon and Park Cheolmin's interference. At the end of the previous episode, Sharon appeared in front of Soo Ho dressed in hanbok in order to remind him of his past life when he was her husband. Amidst the high tension, another crisis looms over Soo Ho and Haera's love." 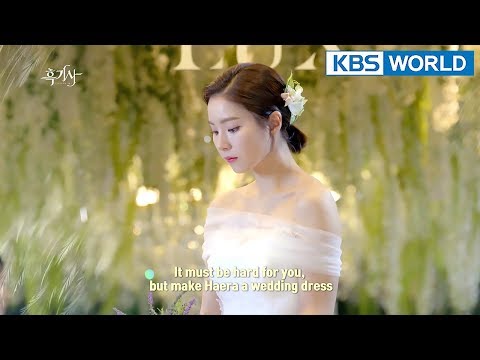