Back in November of last year, EXO's 'Power' was selected to play at the world famous Dubai Fountain show. It was scheduled to start playing from January of this year.

The Dubai Fountain show is one of the most beautiful spectacles to watch in the world. Mega hit-songs like Michael Jackson's 'Thriller,' Whitney Houston's 'I Will Always Love You' and Adele's 'Skyfall' have been played at the fountain.

The Dubai Fountain is a huge artificial water fountain installed in Burj Lake. Its size comes close to that of 18 soccer fields in Downtown Dubai. The nozzles are able to shoot up water up to the height of a 45-story building. The fountain is equipped with 6,600 super-lights, 25 color projectors and 344 underwater robots. 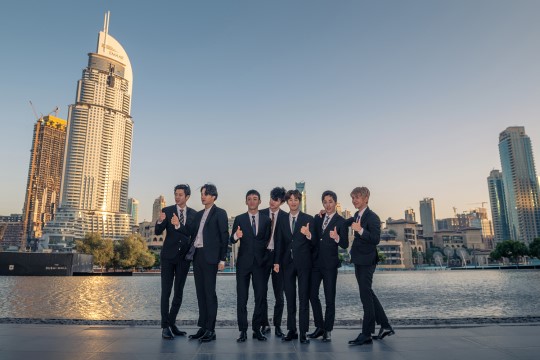 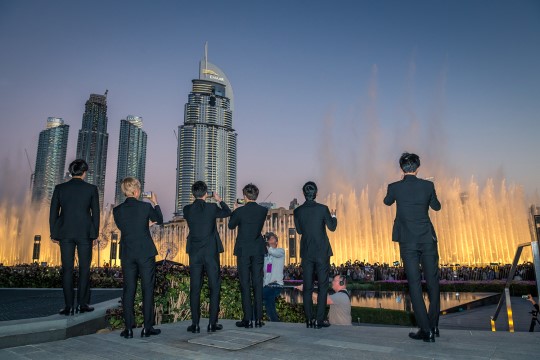 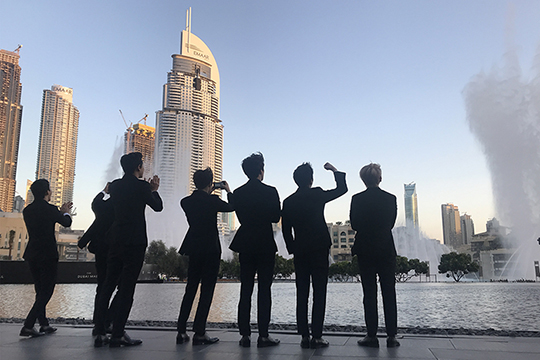 On January 16, 2018, the fountain show for EXO's 'Power' was revealed for the first time to the global audience! And EXO was there to enjoy the show with the thousands of fans who gathered around the fountain. 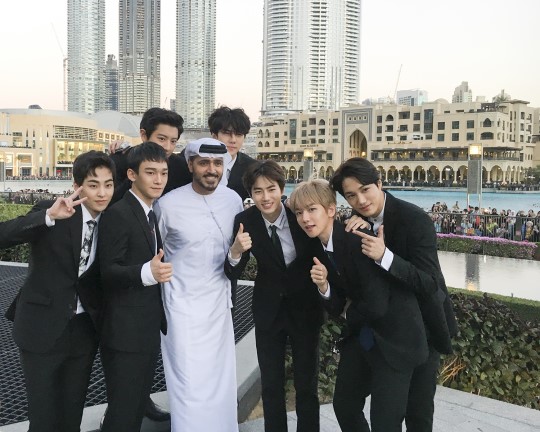 Even though it was EXO's first visit to Dubai, their popularity among local fans was unfathomable. The local media and press were eager to report EXO's visit. Way to go, EXO! 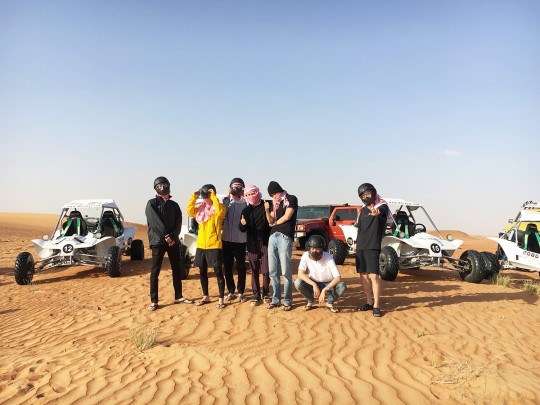 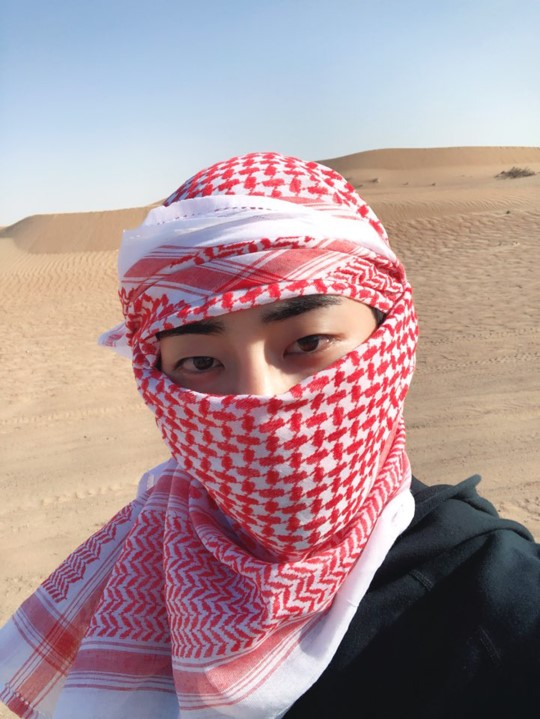 EXO's members also went to the desert to ride the dune buggy! 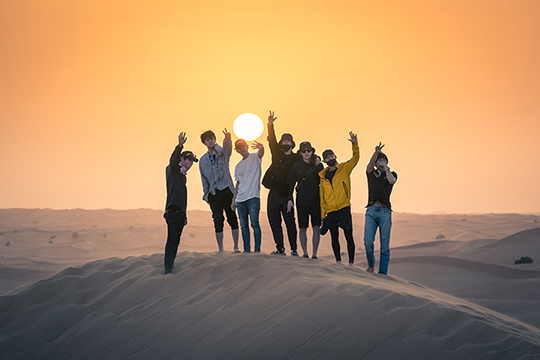