The cast of 'My Golden Life' fulfill their pledge for viewer ratings by appearing on the guerrilla date. 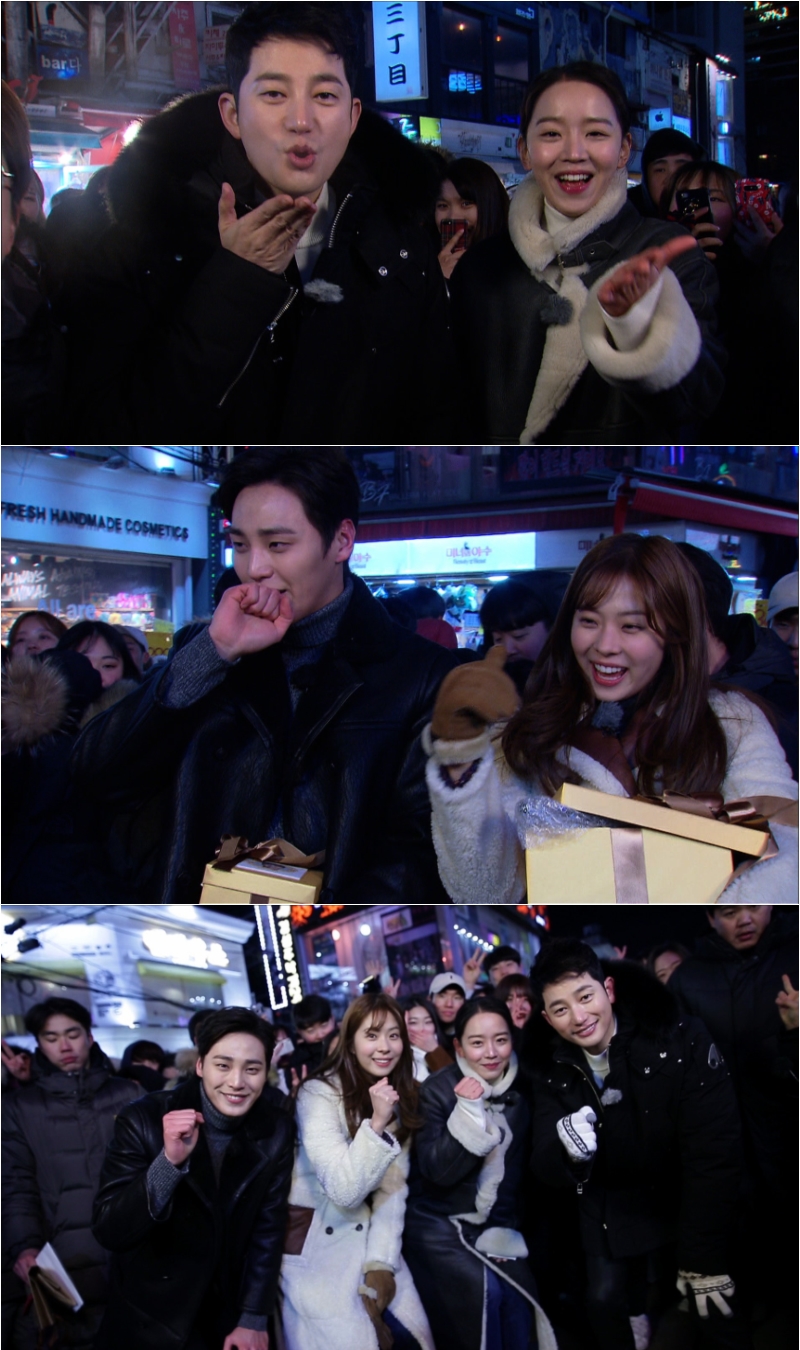 Back in December when they were promoting the drama, they had pledged to appear on guerrilla date if the viewer ratings surpasses 43 percent. Now to fulfill their promise, Park Si Hoo and Shin Hae Sun appeared in the streets of Hongdae for a guerrilla date.

Despite the freezing temperature of -17℃, a large crowd gathered in Hongdae to see the actors.

Another couple makes a surprise appearance during the show! Lee Taehwan and Seo Eunsu prepared a surprise gift!

The actors pick the best NGs and the best scenes of the drama. They also make another shocking pledge for viewer ratings! Don't miss out the behind-the-scenes of 'My Golden Life' as well as the actors' honest and funny stories, tonight on 'Entertainment Weekly'!