Actor Kim Soo Hyun enlisted in the army on October 23, 2017. After receiving 5 weeks of basic military training, he was assigned to the 1st division reconnaissance force. 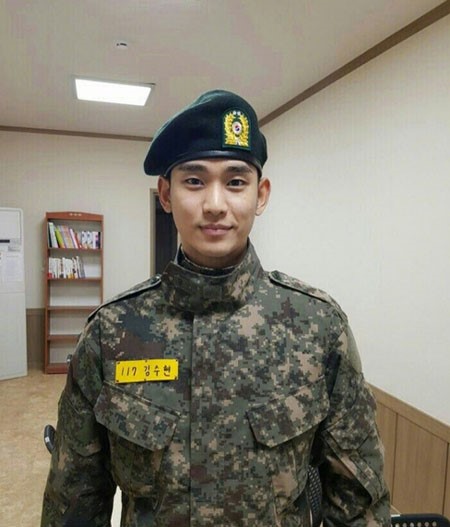 Photos of the actor in the army have been released. He is in the army uniform and has short hair just like all the other soldiers, but it's difficult to hide his good looks. 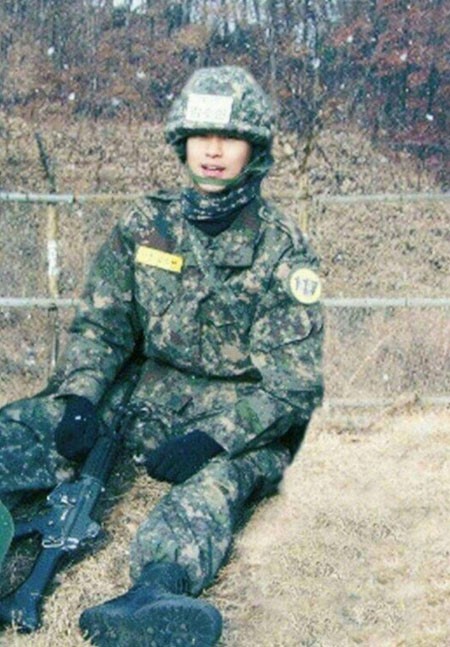 He is resting during military training. He is showing a faint smile toward the camera. 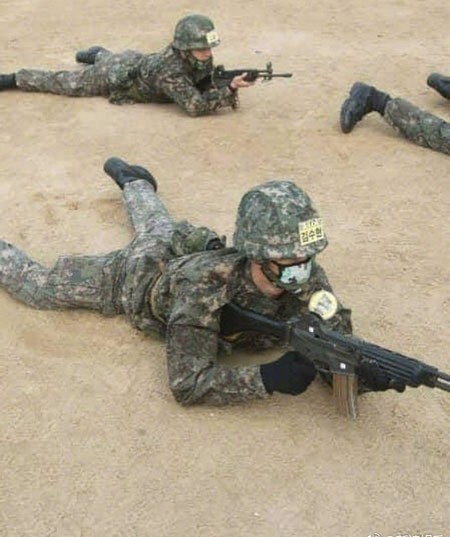 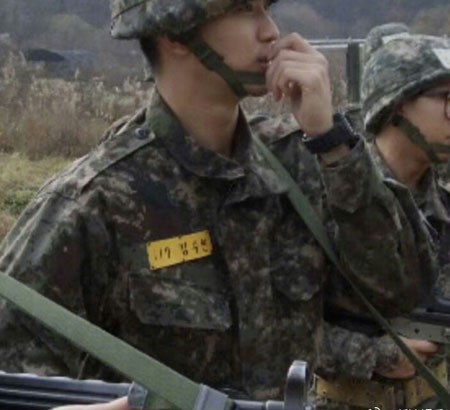 He is actively participating in the firearm training. 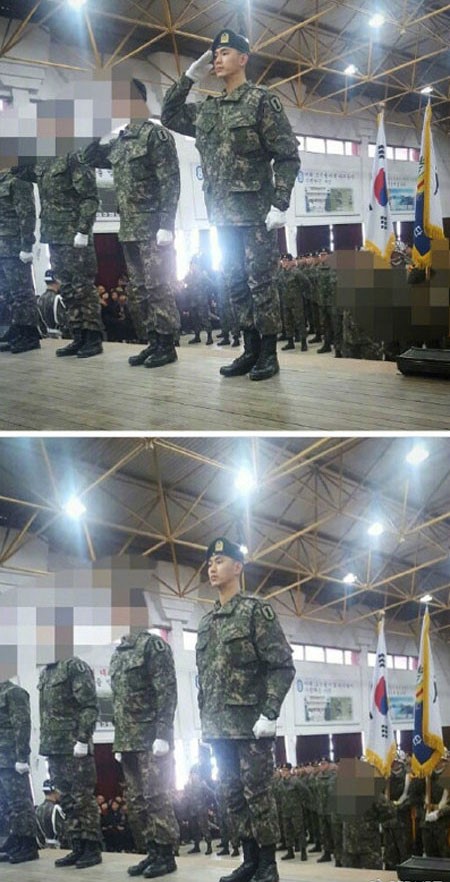 He looks gallant on the stage.

For his excellence during training, Kim Soo Hyun received the 'Excellence Award' and was rewarded with a vacation.