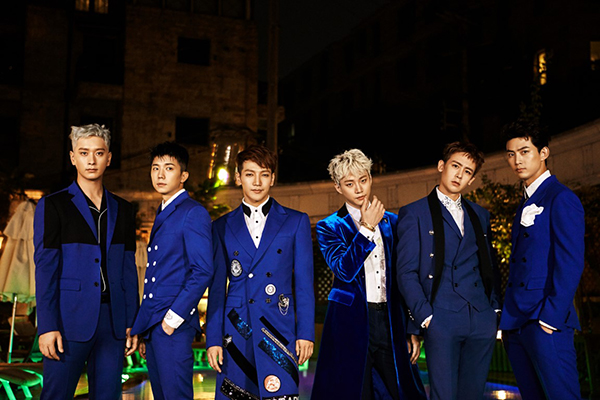 According to the official homepage of 2018 PyeongChang Winter Olympics, 2PM will perform at the headliner show at Medal Plaza in PyeongChang on February 19. The group as a whole, including Taecyeon who enlisted in the military in September 2017, will be performing on stage for the first time in a while.

Taecyeon, who is currently on duty, was called by the nation to assist the PyeongChang Olympics, as it is a national event. In fact, Taecyeon alone was originally going to perform at the headliner show, but when 2PM's members learned the news, they gladly offered to join him on the stage.

Even though they won't be paid for the performance, 2PM's members rearranged their schedule to be able to join Taecyeon. Their teamwork and friendship are truly unchanged!

On February 3, Jun.K, Nichkhun, Wooyoung, Junho and Chansung said during a live broadcast, "Thank you for giving us the opportunity to take part in the nation's big event with Taecyeon. We will prepare an awesome performance to cheer for the athletes who will compete in the PyeongChang Winter Olympics."