'Happy' Jeong So Young has so many haters because of Kang Dong Won? [Happy Together]

On tonight's episode of 'Happy Together,' actress Jeong So Young talks about the behind story of her kiss scene with Kang Dong Won. 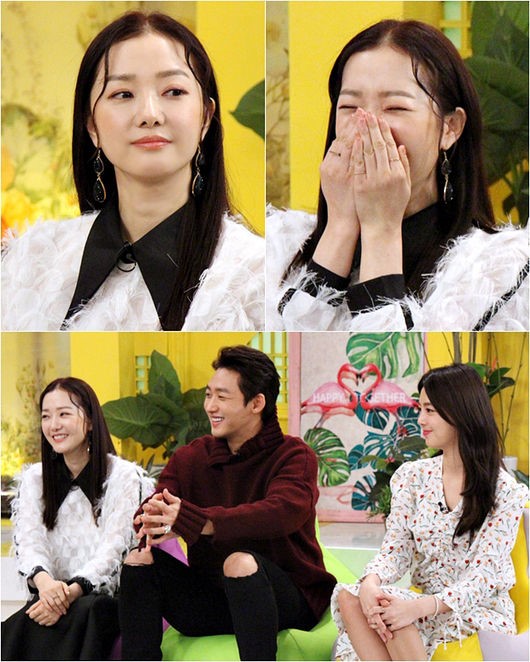 Jeong So Young reveals that there is an anti-fan cafe against her. It surprises everyone because she seems so harmless and innocent. How could she possibly have enemies?

She adds, "I don't really go on the internet a lot, and I'm late on everything. So although I knew that Kang Dong Won was popular, I didn't know he was that big. At first, I laughed it off, but the number of the anti-fan cafe's members kept going up."

Jeong So Young gives her honest thoughts on being partners with popular actors such as Kang Dong Won.