The theme of tonight's episode is 'The Return of Divas,' starring DAVICHI, SUNMI and Uhm Junghwa. 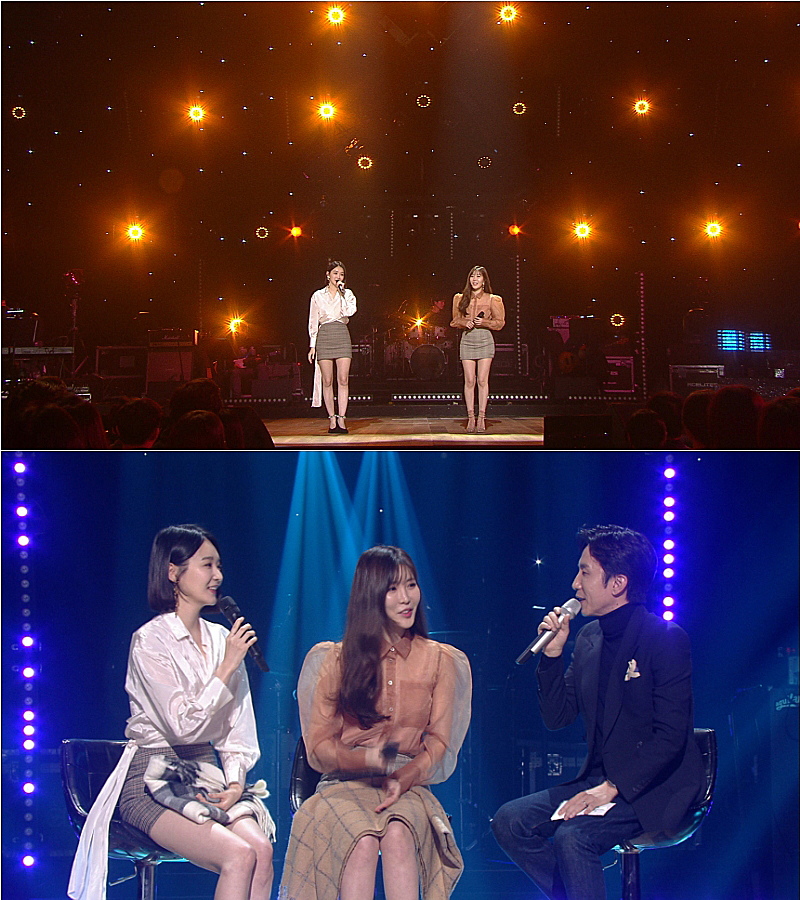 DAVICHI is back with a full-length album for the first time in 5 years. While they describe the album, they say, "There is a song that talks about us." Lee Hae Ri says that she was able to sympathize with the line, "Although I didn't like everything about you" in the lyrics. She confesses, "When we first met, I felt a bit uncomfortable with Min Kyung."

Min Kyung explains why Hae Ri might have felt that way. She says ,"After listening to Hae Ri's song, I was so happy to be in the same team as her. So I tried hard to get close to her."

The music video for the title song, 'Days without you,' starred Wanna One's Kang Daniel. DAVICHI reveals that in return for his appearance, they offered to buy him beef infinite number of times.

DAVICHI performs 'Two Lovers' and 'Days without you' tonight on 'Yu Huiyeol's Sketchbook.'