On February 27, BIGBANG's G-Dragon will enter the recruit training center of the army 3rd Infantry Division in Cheorwon, Gangwon-do. After receiving basic military training, he will be assigned to his position.

According to the agency, GD will enlist quietly without any official event in order to avoid any commotion since other recruits and their families will be attending the admission ceremony as well.

On February 25, GD attended the opening event of his cafe in Jeju Island and said his farewell to the fans. 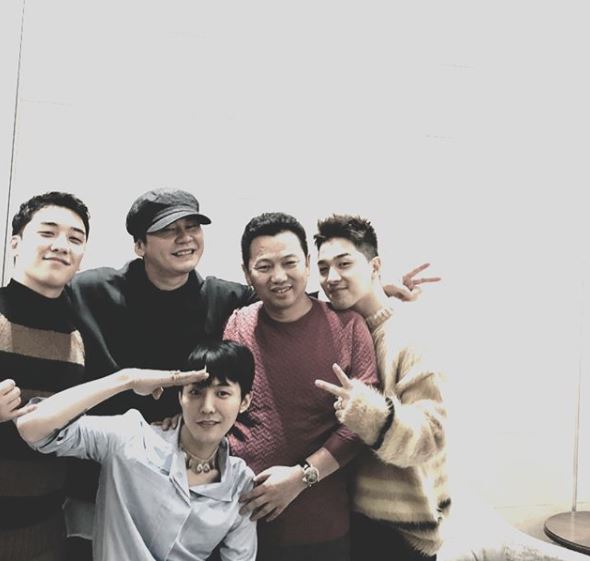 CEO of YG Entertainment, Yang Hyun Suk, shared a photo taken with G-Dragon, Seungri and Taeyang and wrote, "I wish you a safe journey."

BIGBANG's Taeyang will also join the military on March 12.

Meanwhile, at the recruit training center of the 3rd Infantry Division where GD will receive training, actors Ji Chang Wook and Ju Won are currently serving as trainers.