In the upcoming KBS drama 'The Miracle We Met,' EXO's Kai will play a messenger named Ato between Kim Myung Min (Song Hyeoncheol A) and Go Chang Suk (Song Hyeoncheol B). His will be struggling to fix the error that he made, which had a great impact on the two guys' lives. 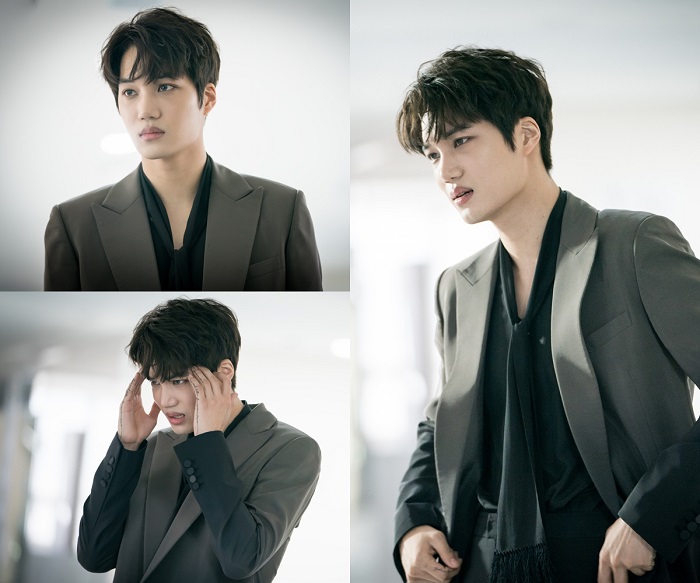 In the photos, it looks like Kai is feeling hopeless and confused. What kind of mistake could he have made?

The staff of 'The Miracle We Met' said, "Since the first day of shooting, Kai was immersed in Ato's role with a burning passion for acting. His role will add to the joy of watching the drama. Ato's mistake plays an important role in the drama. The story begins with his mistake, and Ato will struggle to make things right."

'The Miracle We Met' is a fantasy human melodrama about an ordinary man whose soul ends up in the body of another man with the same name and age but an entirely different background.

Kai will play a key role in determining Song Hyeoncheol A and B's fate. 'The Miracle We Met' will be aired following the end of 'Radio Romance.'