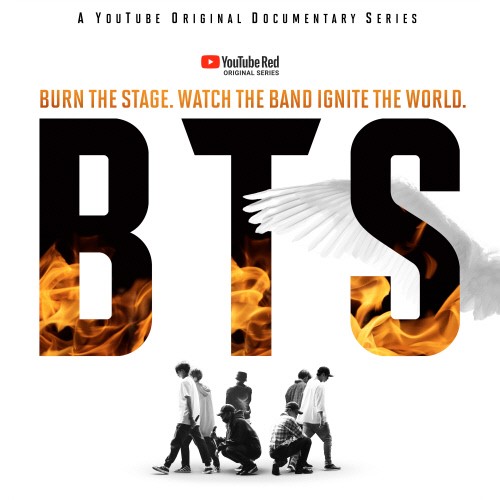 Brand new YouTube original series 'BTS: BURN THE STAGE' will be launched exclusively on YouTube Red. The 8-episode documentary series will premiere on March 28 at midnight (Korean time). It will feature behind-the-scenes of '2017 BTS LIVE TRILOGY EPISODE III THE WINGS TOUR,' on which they toured 20 cities on three different continents for 300 days.

Fans will be able to see the intimate life of BTS, including their endless efforts to reach the top, their honest feelings and friendship.

In particular, the show will feature the behind story of historical moments such as winning the 'Top Social Artist' award at '2017 Billboard Music Awards' and performing at '2017 American Music Awards'.

The first two episodes will be revealed simultaneously on March 28 on Bangtan TV channel, and following episodes will be released weekly. The final episode (episode 8) will air on May 9. From episode 2, only the members of YouTube Red will be able to watch the series.

Meanwhile, YouTube Red is currently available in Korea, USA, Australia, New Zealand and Mexico; in other countries, the videos will be available for purchase.