News of Yu Jaeseok's second child made his son cry? [Happy Together] 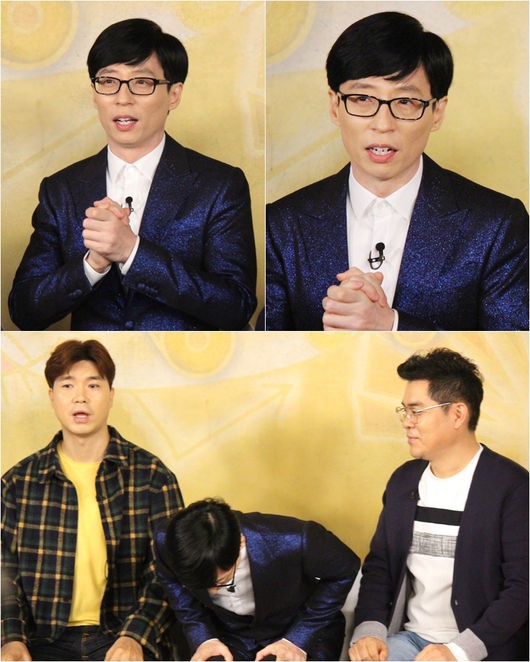 The MCs of 'Happy Together' wholeheartedly congratulate Yu Jaeseok on his wife's second pregnancy. Yu Jaeseok says, "I am thankful once again to many people around me for the congratulations. Na Gyeongeun wanted to say thank you as well."

The members of 'Happy Together,' who have been friends with Jaeseok for 20 years, do not hesitate to ask him naughty questions. Park Suhong asks, "Doesn't it mean that you two are still going strong despite having been married for 10 years?" Yu Jaeseok brags, "We've been good all the time."

Yu Jaeseok reveals how his son Jiho reacted to the news of his mom's second pregnancy. He says, "To be honest, Jiho cried a lot." It's because a first child tends to fear his parents' love being taken away when a younger sibling is born. Jaeseok continues, "After a while, Jiho embraced the situation, and now he's expecting his little brother's birth."