Lee Sangmin and Martha were spotted at BIGBANG's concert! 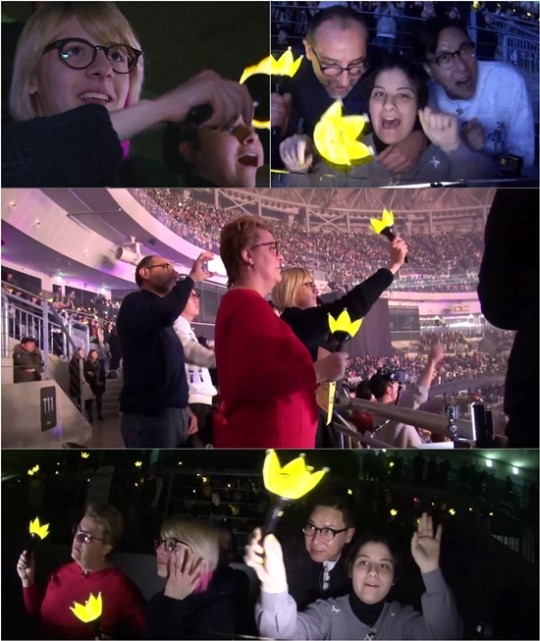 The new KBS entertainment program 'One Night Sleepover Trip' revealed the photos of Martha and her family attending BIGBANG's concert in Korea.

Last year when the pilot episode aired and showed Lee Sangmin and Kim Jongmin trying to couchsurf in Italy, Martha, who is a huge fan of BIGBANG, kindly offered them to sleep at her place.

The show officially began airing last week, and in the first episode, Martha visited YG Entertainment with Sangmin's help, and she was already pleased and deeply touched by the fact that she was able to take a tour of YG's building.

Even for Lee Sangmin, it was hard to get the tickets for BIGBANG's last concert before the members' military enlistment. He tried every means to make Martha and her sister Julia's dreams come true. It is said that he was very delighted to see Martha's family so happy.

In the photos, Martha and Julia are shaking the yellow cheer sticks among the crowd and singing along with BIGBANG. Their parents, Christina and Marcello, are enjoying the concert as well. 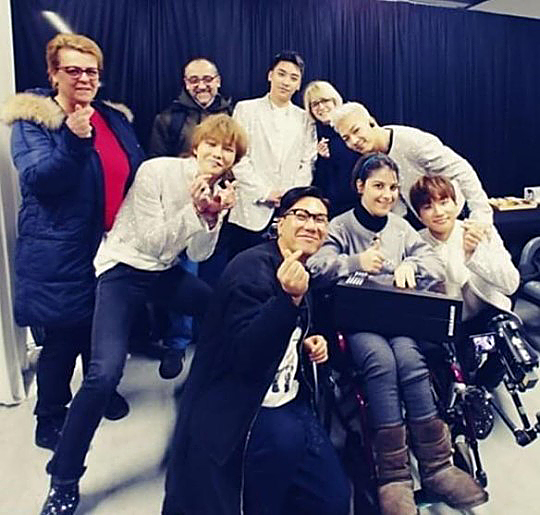 In 'One Night Sleepover,' Lee Sangmin and Kim Jongmin travel all over the world and couchsurf at locals' houses without any pre-arrangements. While they spend the night with the strangers, they learn about different cultures and lifestyles and introduce Korean culture and food at the same time.