What made Lee Sang Woo fall in love with Kim So Yeon? [Happy Together] 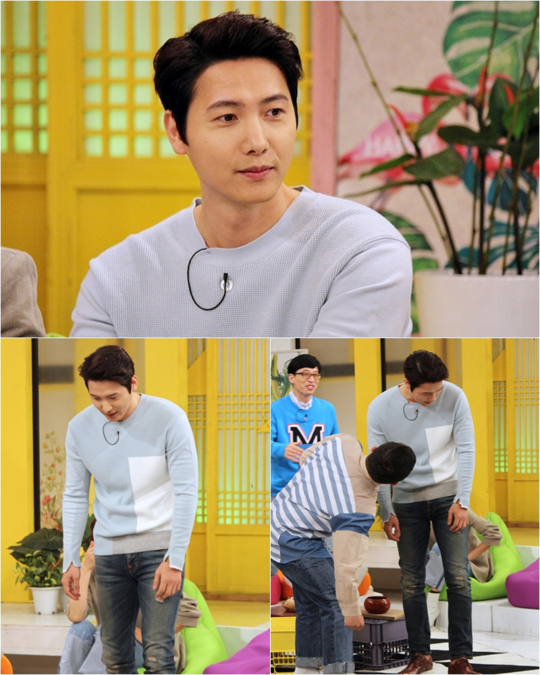 Lee Sang Woo shares how he fell in love with his wife Kim So Yeon. Before they worked together in a drama, they first met as models of a clothing brand. When they were shooting, they had to change their outfits about 30 times. It's usually the male model who changes faster and waits, but he says that Kim So Yeon was always waiting for him.

Jun Hyunmoo playfully asks, "You fell in love with her because she changed quickly?"

Sang Woo answers, "It was her consideration for others that made me fall in love with her." He reveals that he decided to appear in the drama 'Happy Home' later because of Kim So Yeon. He tells the rest of their love story leading to their marriage.

In the second part of 'Happy Together,' UN's Choi Jungwon, MeloMance's Kim Minseok, ballad singer K. will, Urban Zakapa's Jo Hyuna and MOMOLAND's Jooe, Yeonwoo and Nancy will compete in a singing battle.