Currently, we (KOKO FRIENDS) get a mission to introduce tourist attractions in our countries. So, just like the title, this is like a "battle trip" between us (KOKO FRIENDS). and for this opportunities, I will introduce some tourist attractions and food in my country. I come from Indonesia, and most people must know Bali Island, Bali Island is one of the islands in Indonesia. But because there are many people who already know about Bali Island so this time I’ll introduce to you all the city where I do my study now, it’s called Bandung city :). Bandung City is located in the western part of Java Island in Indonesia. This city was called Parijs van Java in the Dutch colonial period which means the City of Paris on the island of Java because at that time Paris has become the center of the fashion world, and then Bandung city became the center of fashion in Indonesia and besides that Bandung is also famous for its natural beauty and coolness of the air, the atmosphere was very liked by the colonial people and that's why Bandung is known as the city of Paris of Java Island. In this city, there are many natural attractions and a variety of typical Sundanese food, and I’ll introduce some of it. So, let’s check this out. 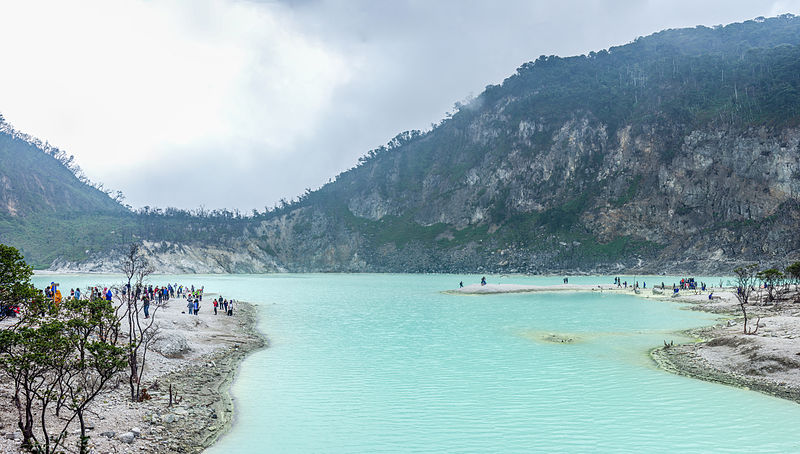 White crater precisely located at the top of Mount Patuha, Ciwidey, South Bandung area and has a temperature between 8-22 degrees Celsius.

Its beauty presents spectacular scenery. The color of water of this crater lake can also change. When the weather is hot, sometimes it has turquoise color. Sometimes the color turns to a milk-brown color and is more often white when the air is thick with fog. Sand and rocks in the lake area are also white, which is why this crater lake called Kawah Putih or in English, it’s called White Crater.

And then there’s The Lodge Maribaya, I really highly recommend to you all who like a challenge and loved being in the high place. In this place we can ride some facilities such as sky bikes, sky swing, and much more. rides in this place mostly do in high place, so you can enjoy the rides while enjoying the beautiful scenery of nature in Lembang, Bandung. 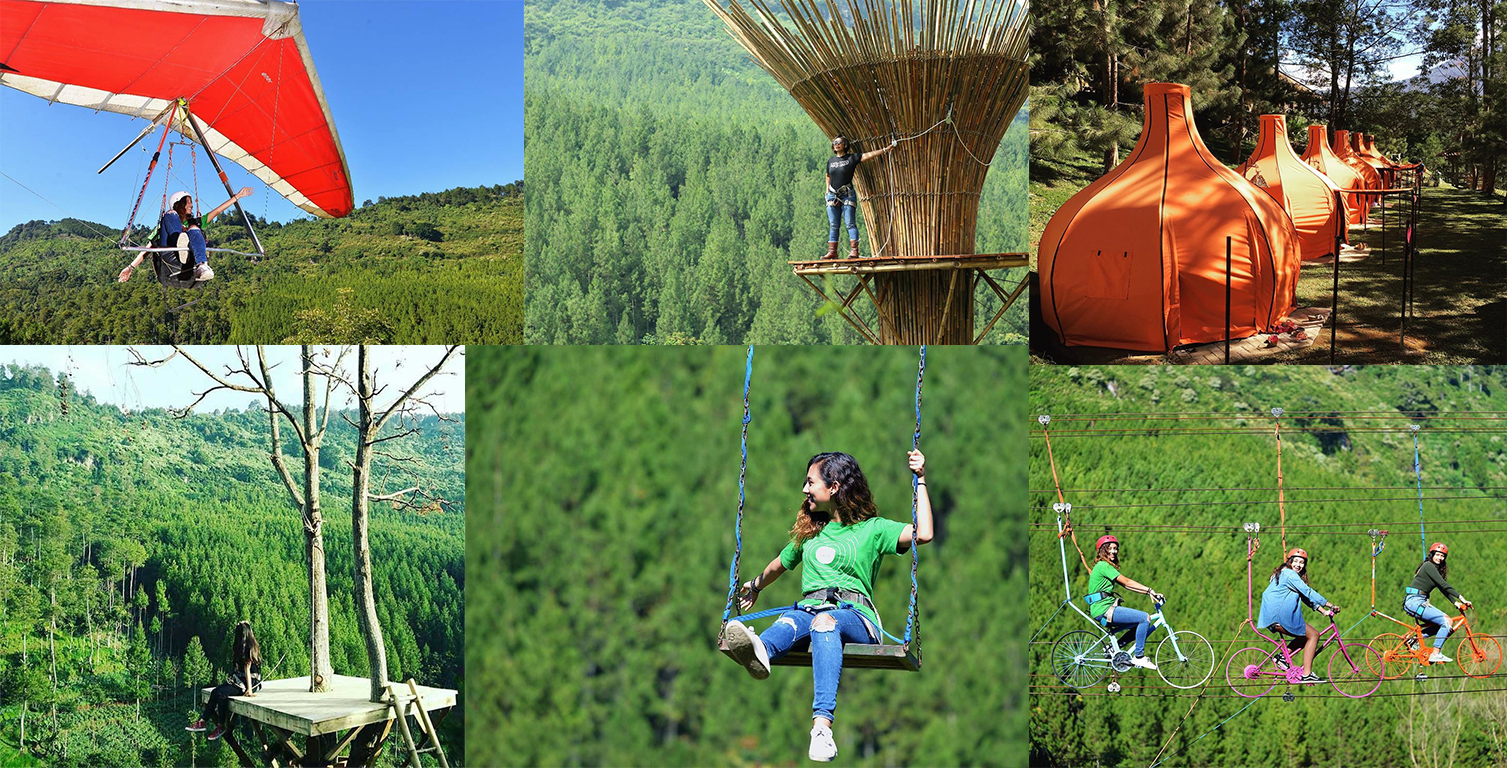 And for the last, I want to introduce you Saung Angklung Udjo, in this place you will be taught about one of Indonesia's Traditional music instrument from Sundanesse made of bamboo that is Angklung. So for you who love music and want to know more about this unique musical instrument, you must come to this place. Here, you can watch Angklung orchestra, and you can participate to play this musical instrument. 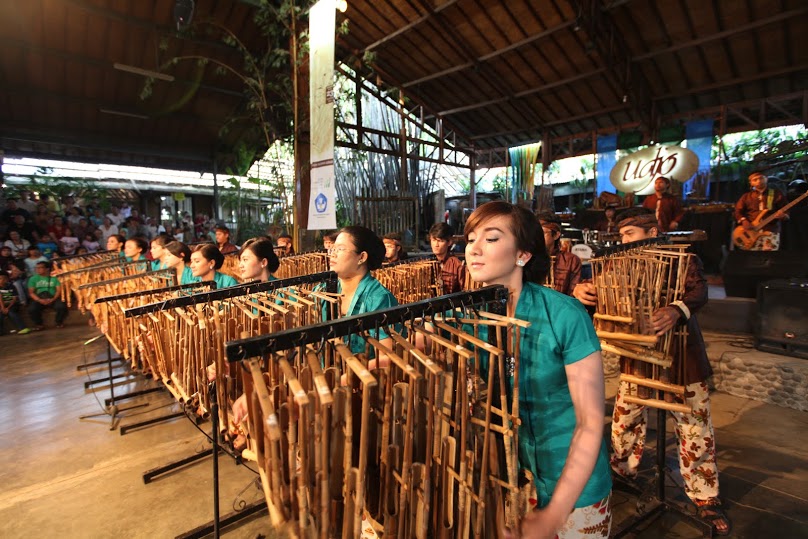 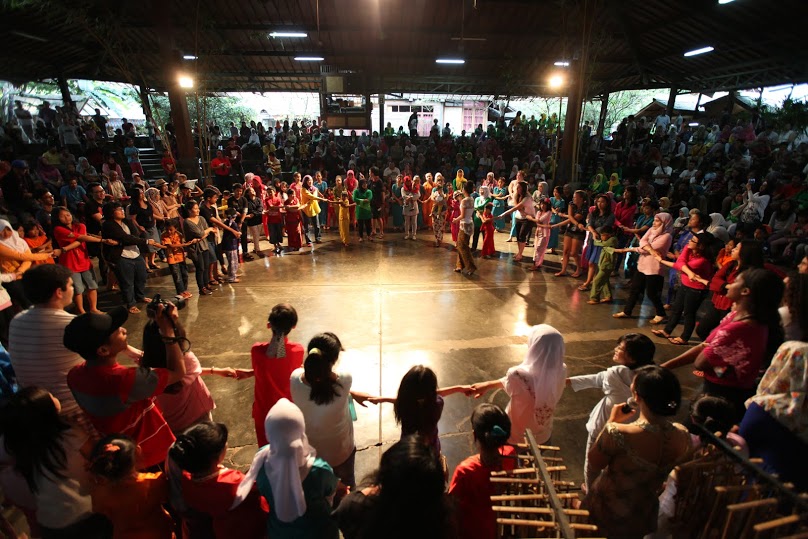 And for the bonus I will introduce you guys food you should try if you guys go to Bandung, first there Serabi. This food is a bit like a pancake, they are same made from wheat flour. but if the pancake is cooked on the stove, the Serabi is cooked by burning on the stove with a thick dough. The way of making this is what makes the taste surabi be delicious. As a complement to Serabi can be served by adding toping in the form of chocolate, banana or sausage to the top of this serabi. 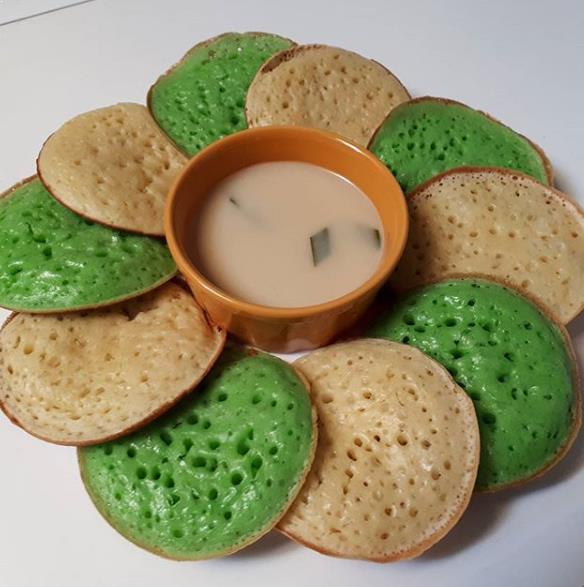 Second there Siomay, Siomay is an Indonesian steamed fish dumpling with vegetables and served in peanut sauce. It has a unique taste, the peanut sauce has a sweet and spicy taste that can complement the taste of Siomay. 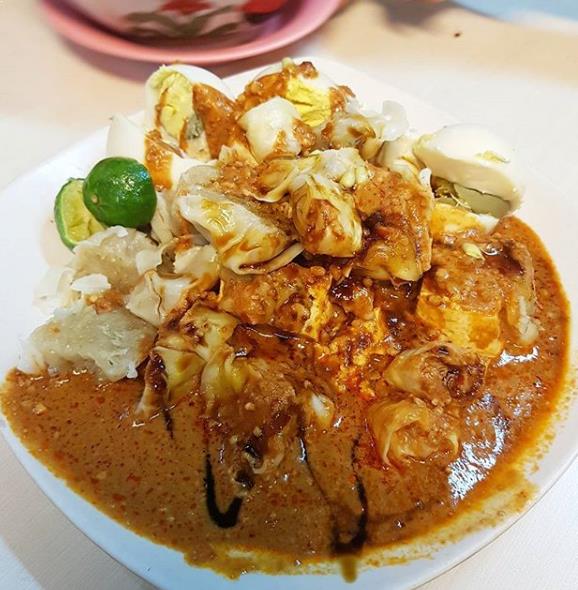 And third, the last is Batagor, this food usually come with Siomay and served with peanut sauce too, but there’s a different between Siomay and Batagor. Siomay made by way of steamed while Batagor made by fried, Batagor stands for Baso Tahu Goreng or in English meatballs and tofu fried. and Meatballs in Batagor are usually also made from fish meat. 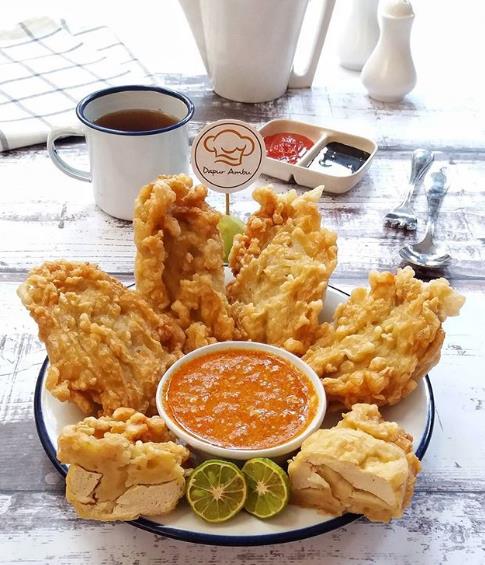 So, that’s all from me. I hope you enjoy to read this article. And hope can see you some days in Bandung. See you next time. Love you all :)