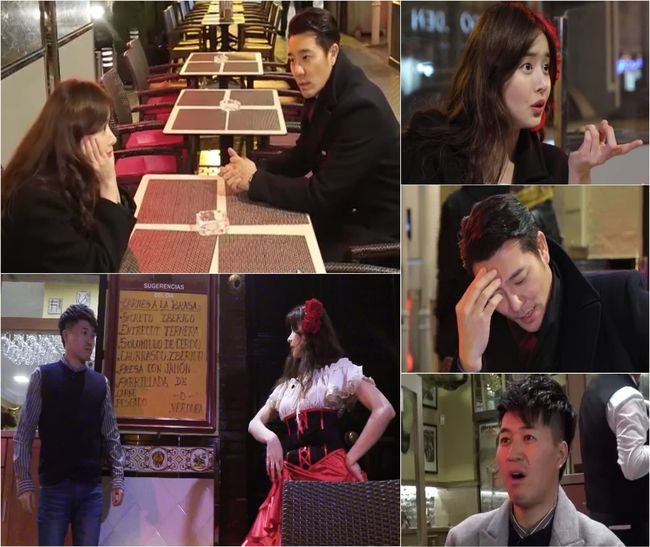 On tonight's episode of 'One Night Sleepover Trip,' Taegon and Jongmin leave Barcelona and head to Sevilla, the birthplace of flamenco. They try looking for someone to let them sleep for a night, but it's not so easy. Their last hope lays at a bustling flamenco bar, where they bump into Han Bo Reum who had been waiting for them.

The mysterious flamenco dancer who had appeared in the teaser turned out to be actress Han Bo Reum. Why was she dancing alone in such place and waiting for Taegon and Jongmin? 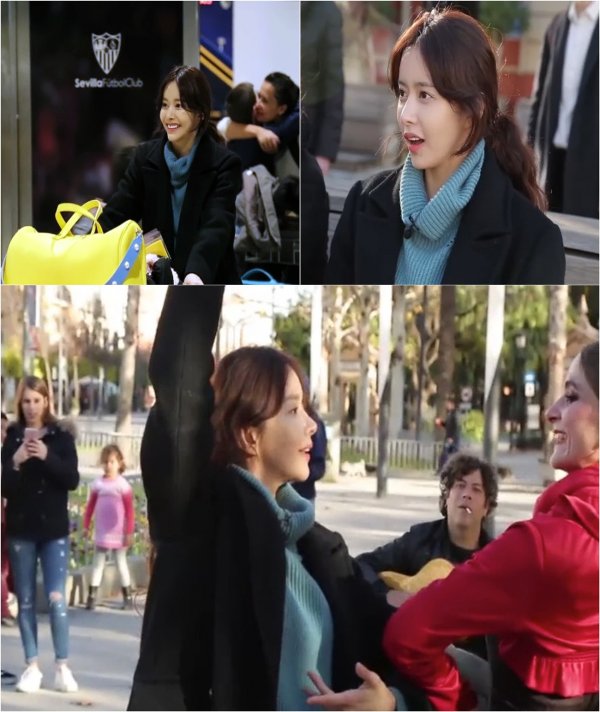 Meanwhile, after encountering Bo Reum, Jongmin starts dancing flamenco as he walks down the street. Even Taegon, who said he couldn't dance, moves his hands like he's dancing flamenco. Why did these guys stoop so low in front of Bo Reum, who is their junior? And what is up with their weird behavior? Let's watch and find out tonight!