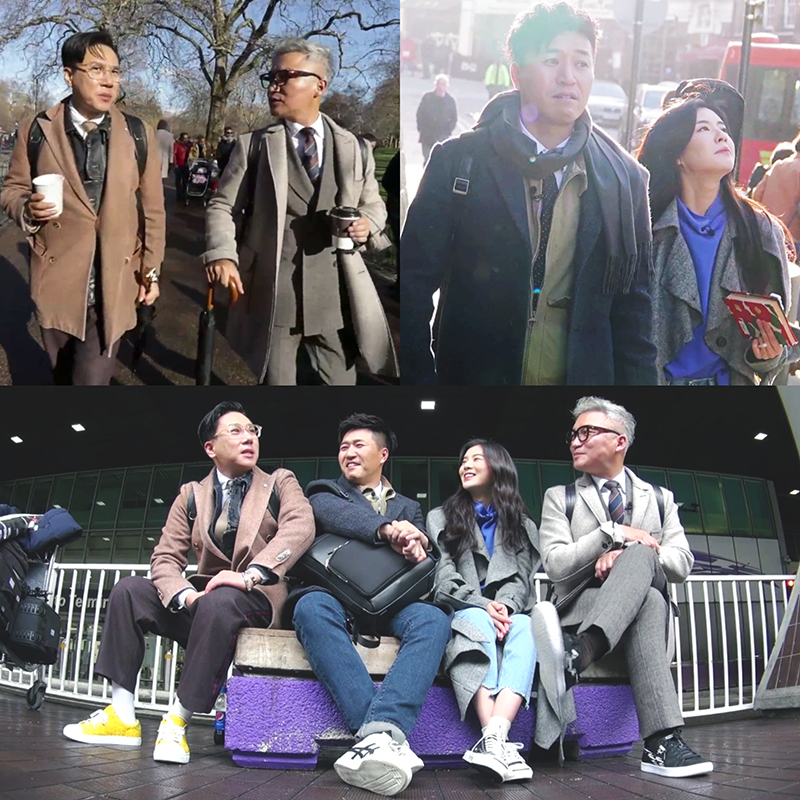 Jo Jae Yun will pair up with Lee Sangmin and visit London, the heart of England. Lee Sun Bin will team up with Kim Jongmin and go to Oxford, the home to the world's no.1 university.

In the still photos, Lee Sangmin and Jo Jae Yun are all dressed up in suits, reminding us of the film 'Kingsman.' They have the ambition to win the hearts of the English with their gentle outfit and manners. First, they take the black cab (the symbol of England) and head to Buckingham Palace.

Although they feel as though they're characters in a movie, the reality is expensive. They are shocked upon learning that the taxi fare is 3 times more expensive than it is in Korea! But they have to undergo yet another trial. The Changing of the Guards is already over, leaving only a few people in front of Buckingham Palace. Worse, those few people are mostly foreign tourists, not residents of England. They try their best to find a host to let them sleep for a night... but even Jo Jae Yun ends up sinking to the ground in desperation.

Kim Jongmin and Lee Sun Bin will be asking the students of Oxford for their special know-how in studying. They drop by a library to buy a book and bump into Esther, a Korean student who studies at Oxford. They will be spending an extraordinary night in the majestic campus!