Tonight's episode of 'Yu Huiyeol's Sketchbook' features the collaboration performances of singers who are hard to see on TV! 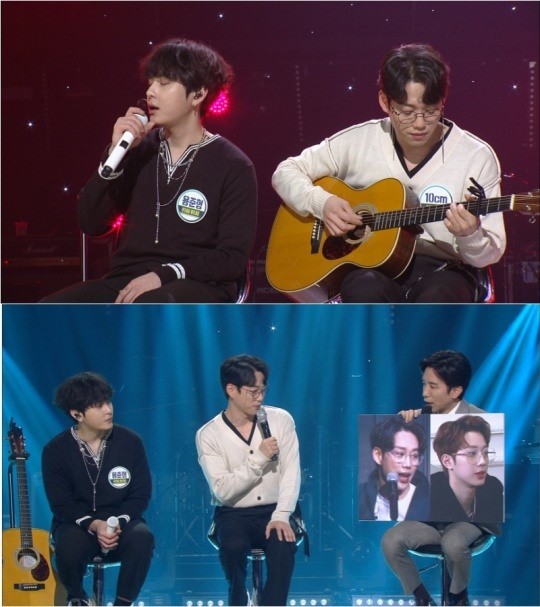 While 10cm is performing 'What The Spring??,' HIGHLIGHT's Yong Jun Hyung suddenly appears on the stage in the middle of the song. The two have formed a team, and both of them claim to be each other's fan, singing each other's song. Yong Jun Hyung says that he fell in love with 10cm when he went to his concert.