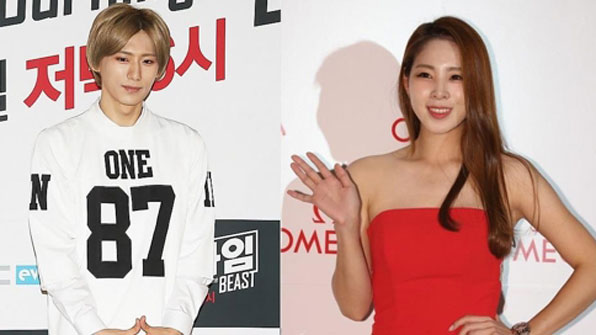 On April 24, Jang Hyun Seung's agency CUBE Entertainment stated, "The two have decided to stay as good friends. We do not know exactly when they broke up."

It has only been 2 weeks since Sin Soo Ji appeared on TV program 'Radio Star' and shared her love story with Jang Hyun Seung. According to a close source, they broke up not long after the show was recorded, around the time when the show aired.

They became close through bowling and started dating since last fall. Their dating rumor was reported in January of this year, and they coolly admitted their relationship.