J.Y. Park and GOT7's leader JB on 'Hyena On The Keyboard'

On tonight's episode of 'Hyena On The Keyboard,' GOT7's JB will reveal how he composes and writes his music. 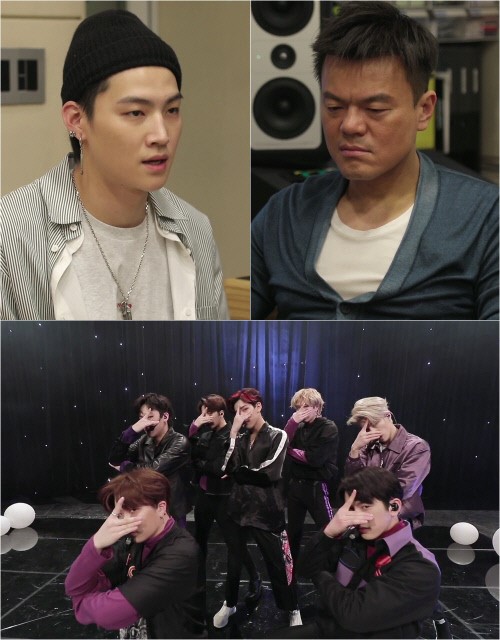 JYP, one of the best producers in Korea, and GOT7's JB, who wrote GOT7's title tracks 'You Are' and 'Look,' will be creating another hit song on the show.

In the still photos, JB looks nervous and frozen while JYP has a serious look on his face, as if he's about to make a difficult decision. As a singer, JYP is an easy-going and carefree artist. But as a producer and head of JYP Entertainment, he is a strict and straightforward man. What could have happened between these two guys?

GOT7's leader JB recently conquered not only the Korean real-time charts but foreign charts as well with his song 'Look'. You will be able to witness his musical talent and charms on 'Hyena On The Keyboard.'

Meanwhile, you will also be able to enjoy GOT7's live performance of 'Look'. Before the performance, GOT7's members ask the staff of the show to take care of JB and cheered on JB's new challenge.

The story of JB working on his music will be aired tonight on KBS World.