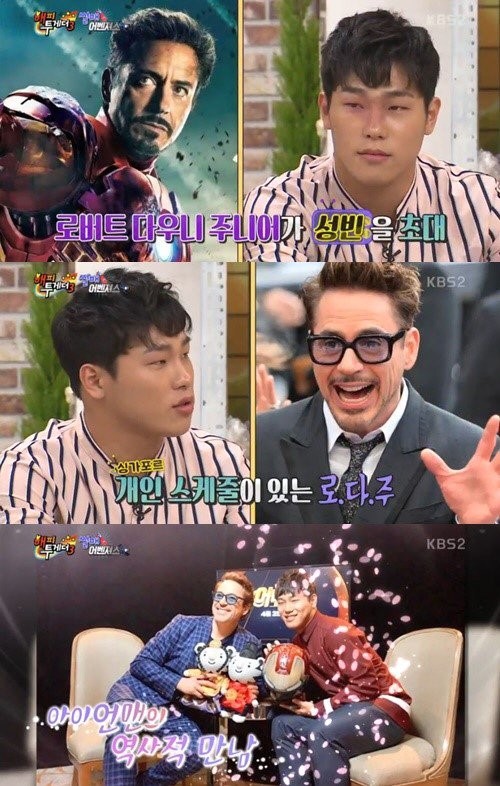 Yun Sungbin became a national star when he won the gold medal at the 2018 PyeongChang Winter Olympics. When asked if he can feel his popularity, he replies, "When I think of before and after the Olympics, it feels really different. The sport itself (skeleton) was unpopular, but after the Olympics, many now know the sport, and they recognize me as well."

He also mentions his Iron Man helmet which went viral on the news and internet. He says, "I was a huge fan of Iron Man. It's not just me, but other athletes express their identity with their helmets as well. I had mine custom-made."

And he adds, "Robert Downey Jr. seemed to have taken interest after watching my game. He said he'd take his time to meet me while he's visiting Singapore on a personal schedule. It was a once-in-a-lifetime chance, and I also wanted to see him, so I said yes."

The meeting with his hero did come true after all. The photo that Sungbin took with Robert Downey Jr. will be was unveiled on the show.