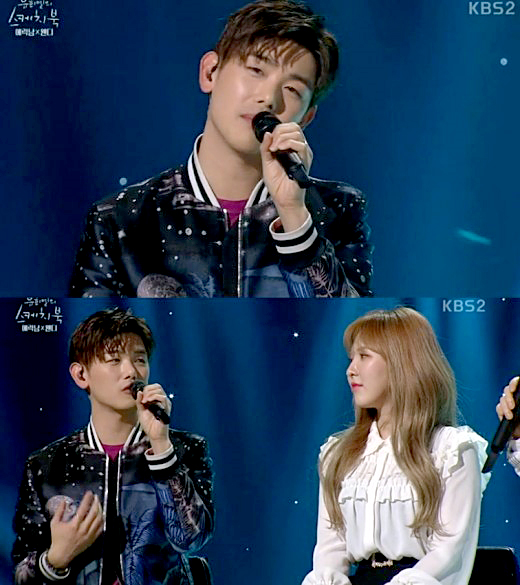 Eric Nam and Wendy perform 'Spring Love,' which is a duet song that was released 2 years ago. They boast a sweet chemistry like a real couple in love.

Eric Nam recently made a comeback with new album 'Honestly.' He says, "This album is like my child. I feel like I gave birth to it." He acts out a "fatal" facial expression that he practiced for the new song. Wendy shows that she is a stroke above him with hers, proving that she is indeed an idol.

Eric Nam reveals that his goal is to promote in Latin America, and he shows off his hidden charms by dancing!