TWICE lets out built-up anger towards JYP! [Happy Together]

On tonight's episode of 'Happy Together,' Dynamic Duo, Hwang Chiyeul, Jeong Seung Hwan and TWICE will compete in the 'Korean Wave Star Special.' 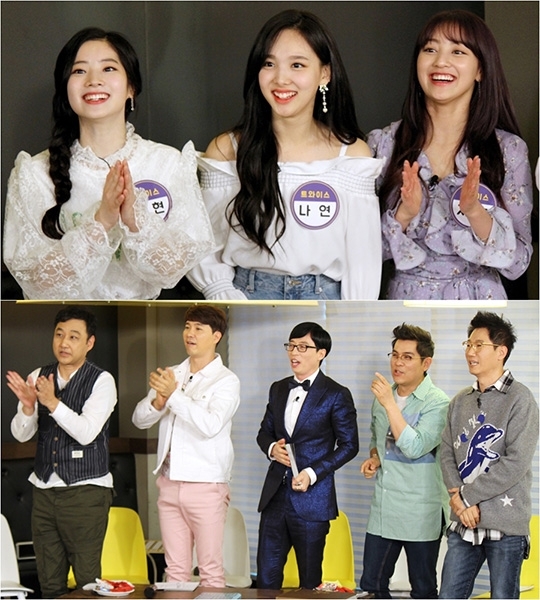 Members of mega-hit girl group TWICE, Nayeon, Jihyo and Dahyun light up the atmosphere with their bubbly charms.

They share untold stories about their producer J.Y. Park. He apparently becomes a "score robot" in the recording studio. Dahyun says that JYP revives his experience as the judge in 'K-POP Star' and turns the studio into an audition hall. He would yell, "You got 98, so you're short 2 points. One more time!"

Dahyun goes further to diss her producer. She reveals that she had not saved JYP's number, so when he sent her a text message, she replied, "Who is this?"

Producer and CEO JYP's unrequited love for TWICE brings laughter to the scene.