On April 30, BTS was the winner of 'World Category' and 'Spain Category,' which are both decided by popular vote, at 'The Hall Of Stars Awards 2018' held in Madrid, Spain. 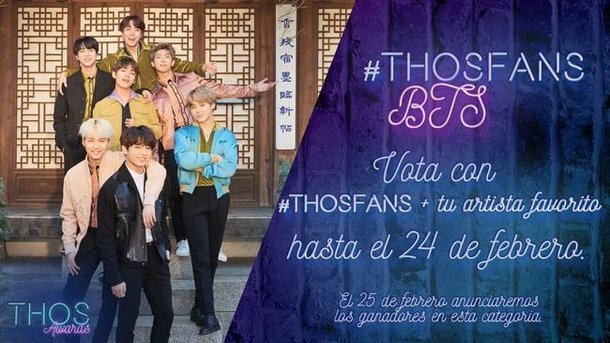 BTS has never made an official debut in Spain nor has held a concert there. Despite their lack of activities, the local Armies have fallen in love with the group and displayed an exceptional power at this year's vote.

BTS was Spain's most mentioned singer on Twitter last year. The local fans are crossing their fingers for BTS to officially come to Spain.