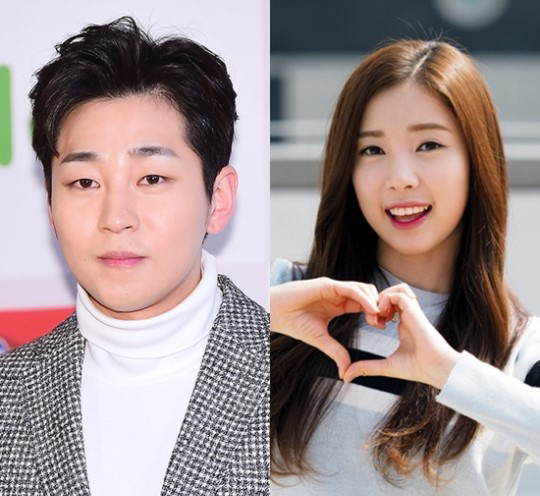 Rapper DinDin and April's Chae Kyung were caught up in a dating rumor on May 15. According to a media report, they enjoyed a date at a restaurant in Seoul and in DinDin's car. A source said that DinDin presented Chae Kyung to his acquaintances as his girlfriend.

However, Chae Kyung's agency, DSP Media, stated, "DinDin and Chae Kyung are just close friends, and they are not dating. They have been friends since they went to shoot 'Law of the Jungle' together." DinDin denied the rumor as well.

DinDin is a singer, rapper and entertainer. Chae Kyung appeared on 'PRODUCE 101' and joined girl group April later on.