On May 21, American singer Taylor Swift shared a picture taken with BTS on her Instagram at the backstage of '2018 Billboard Music Awards.' 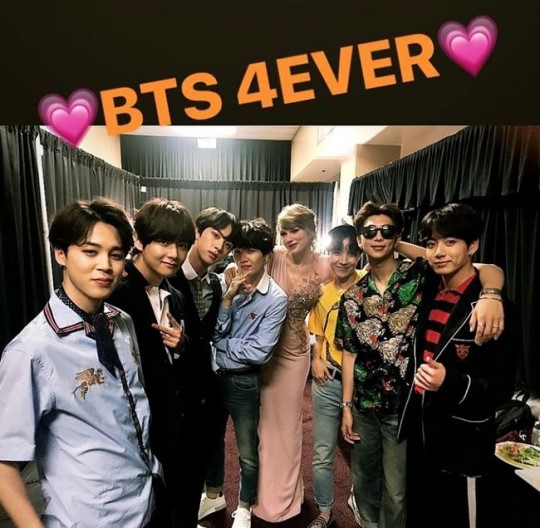 On the photo, Taylor Swift wrote the caption, 'BTS 4EVER.'

Congratulations to both of them!