Wanna One will come back with title track 'Light' on June 4! 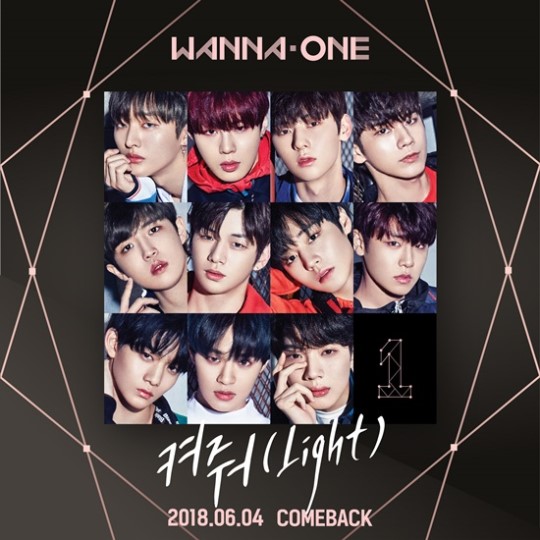 On May 22, Wanna One revealed the name of the comeback title track and the cover image of its new special album ‘1÷χ=1(UNDIVIDED)’. The album will be released on June 4.

The title song is 'Light', and it is about a perfect love that cannot be separated by anything, and it is a continuation of the series of Wanna One's title songs that include 'Energetic', 'Beautiful', 'I.P.U.' and 'BOOMERANG.'

Besides the title song, Wanna One will promote as a unit with other songs in the album.

In addition, Wanna One will go on their first world tour 'Wanna One World Tour-ONE : THE WORLD' for three months, on which they will meet the global Wannables for the first time.