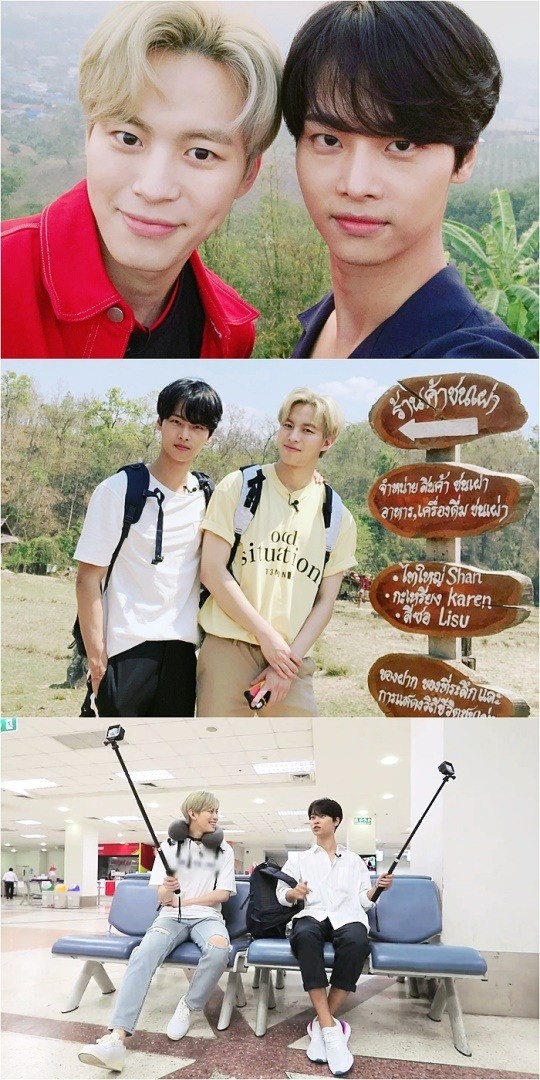 On the upcoming episode of 'Battle Trip', VIXX's N and Hongbin will go backpacking in Pai, Thailand! Pai is known to be a haven of peace for backpackers from around the world, hence its nickname "Utopai (Utopia + Pai). In particular, they will enjoy Songkran Festival, also called "the Thailand water festival."

Meanwhile, Hongbin shared a picture of him and N watching the sunrise, as April is considered the beginning of the year by the Thai people.

Hongbin and N will introduce you to a whole new experience of Thailand. MC Lee Hwijae says, "There have been many episodes of Thailand in 'Battle Trip', but I've never imagined this kind of Thailand."