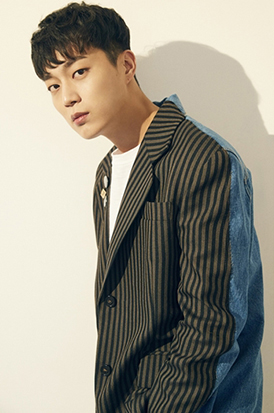 On June 7, HIGHLIGHT's agency, Around Us Entertainment, stated, "As the military service law was partially revised as of May 29, 2018, it has become difficult for HIGHLIGHT's member Yoon Dujun to enter and depart from the country."

The agency continued, "Therefore, Yoon Dujun will not be participating in the 'K-food' festival in Hanoi on June 9 and fan meeting in Bangkok on June 24."

The agency pledged to do their best to compensate the fans who'd like to refund their tickets to the fan meeting.

Yoon Dujun, who was born in 1989, is old enough to enlist in the military. HIGHLIGHT's members have shared their plan to enlist at the same time on a TV show before. Meanwhile, Yoon Dujun has been cast as the lead role in a new drama that will be aired in July.