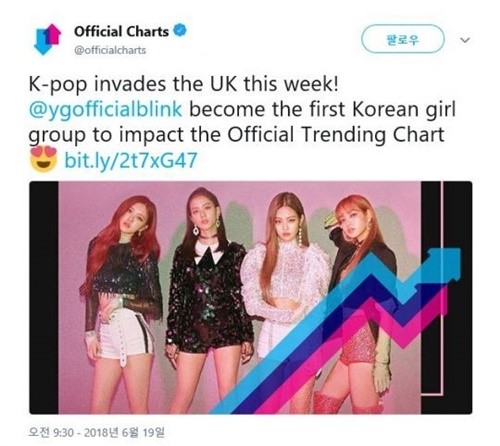 The song was ranked 17th on 'The Official Trending Chart Top 20', which is updated every Tuesday, next to global musicians like Maroon 5 and Nicki Minaj.

England's Official Chart is considered to be one of the world's top 3 music charts along with America's Billboard and Japan's Oricon charts. The Official Trending Chart ranks the top 20 hot and new songs that have started making impact in England.