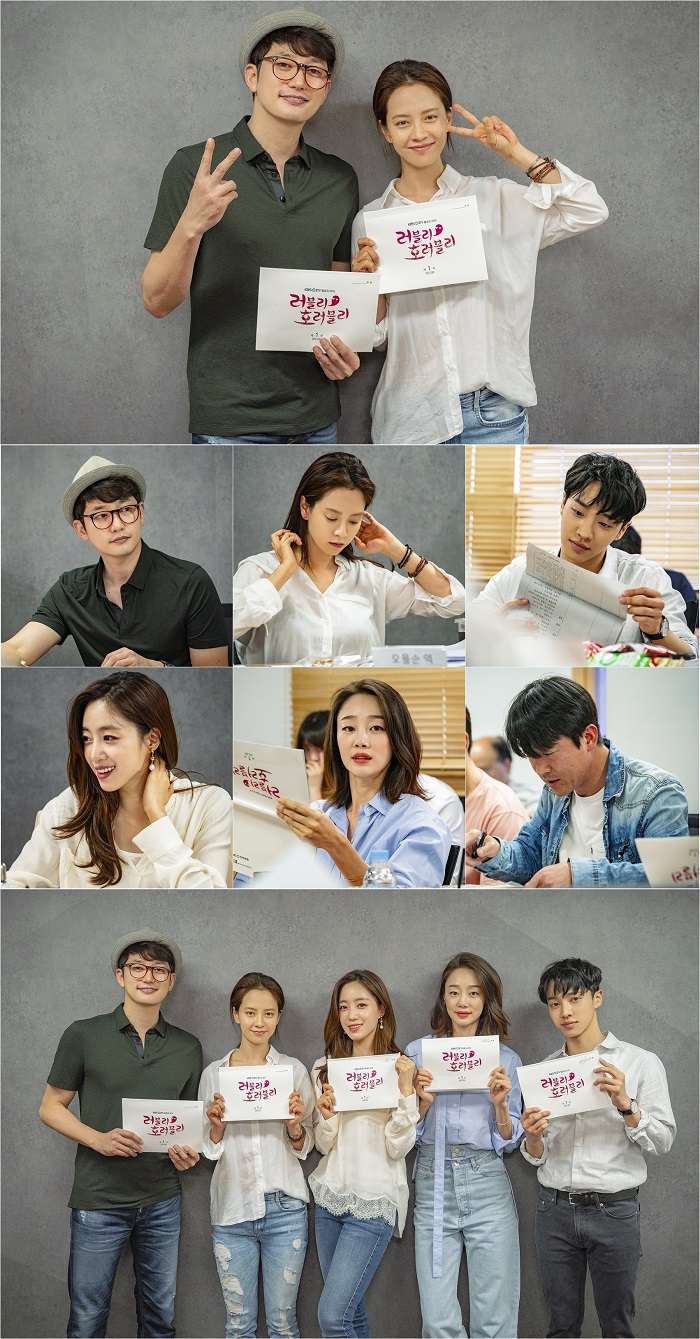 'Lovely Horribly' is a romantic-comedy drama about the mysterious things that happen when a drama writer who sees ghosts meets a top star who plays the main character of her script.

Before the meeting began, the director said, "I'm really glad to work with such nice people. I will do my best to make the process and the result fun."

The chemistry between Park Si Hoo and Song Ji Hyo was even better than expected! Park Si Hoo will play Philip, a man who is able to do anything. He was born lucky, but facing the golden days of his life at age 34, he reaches an unexpected dead end. He is a charming top star who seems perfect from head to toe but actually has a sloppy side.

Song Ji Hyo plays Eulsun, who has an optimistic energy even though nothing seems to go right for her.

Lee Gi Kwang plays the up-and-coming PD Seongjung who has a crush on Eulsun. He has a secret that nobody should know: he can see ghosts.

Hahm Eunjung plays the top actress Yuna, who is Philip's lover. She hides spine-chilling jealousy behind her lovely appearance.

The staff of 'Lovely Horribly' said, "The actors' pleasant performance added to the quality of the solid script, which has a unique material, and there was never a dull moment. Please look forward to the exciting and thrilling horror rom-com that you've never seen before."

'Lovely Horribly' will air following the end of 'Are You Human' on KBS World.