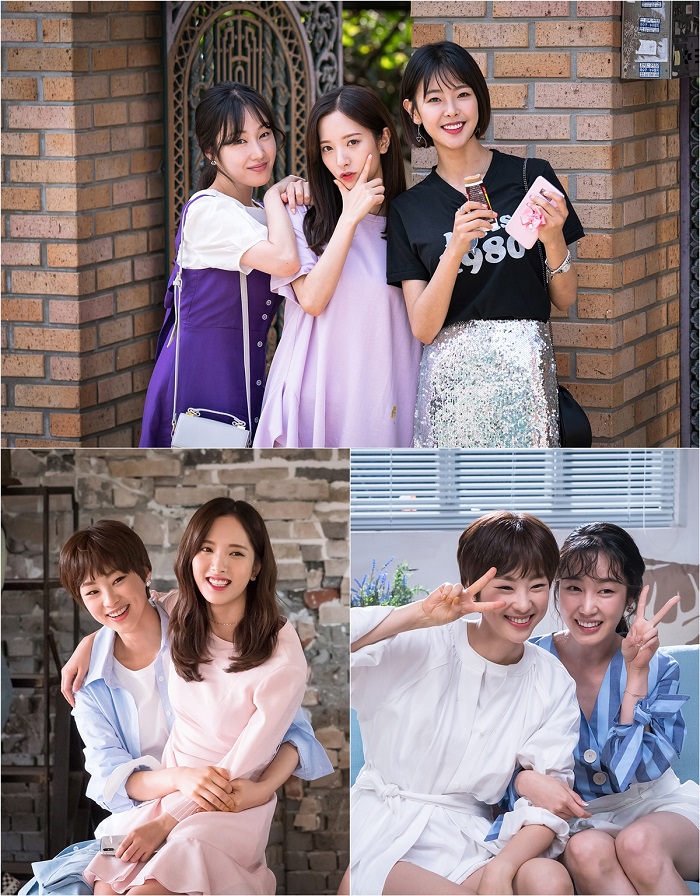 'Your House Helper' will premiere on KBS World on July 5! In this new drama, Im Dayeong (Bona), Yun Sanga (Go Won Hee), Gang Hyeju (Jeon Soo Jin) and Han Somi (Seo Eunah) have been maintaining their friendship since high school days. The classmates have become housemates! In the behind-the-scene cuts, it can be seen that the actresses are building chemistry outside of the camera angle.

Dayeong, Sanga, and Somi were best friends in high school. But for some reason, they slowly grew apart. Thanks to their classmate Hyeju's cute plan, Sanga and Somi become Dayeong's housemates and the friendship among the four girls begin to shine again. As the drama will strike a sympathetic chord in the heart of many women around us, the four women will share their realistic problems and worries while they live together as housemates.

Bona, who is the youngest among them, said that she feels "beloved" because the other actresses are nice to her and look after her. She said, "We communicate with each other a lot on set, and I am learning a lot from them in terms of acting."

Go Won Hee, who plays Sanga, said, "I think because we met several times before filming the drama, we were able to get along quickly, and acting with them is fun. Although we're not of the same age, I am happy because they're really like dear friends to me."

'Your House Helper' is a "life healing" drama about a male house helper who does housekeeping works in different women's houses and tries to solve their issues.