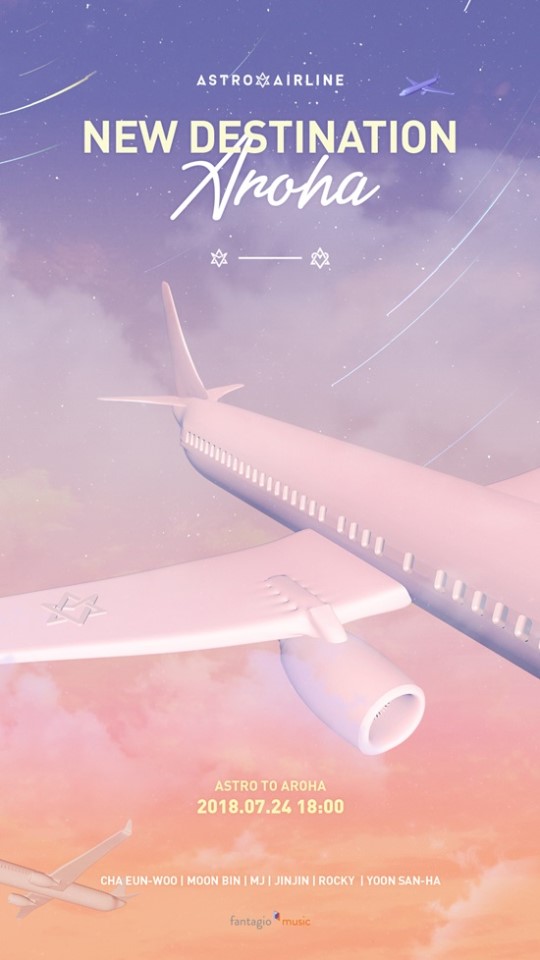 The poster hints that the upcoming concept will have to do with "airline", as it reads, "ASTRO☆AIRLINE", "NEW DESTINATION Aroha", "ASTRO TO AROHA".

ASTRO has not had official activities since their last mini-album 'Dream Part 02' was released in December last year. The new album will be released on July 24, for the first time in 7 months.