SHINee: "We've never heard our song in a karaoke" [Happy Together] 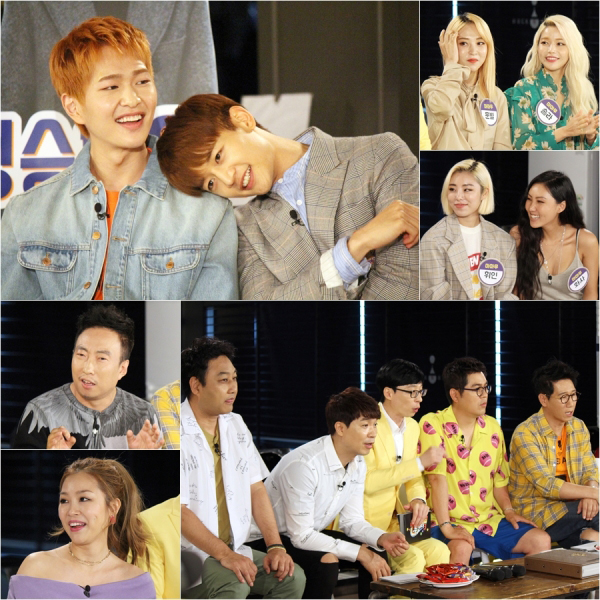 SHINee's Onew and Minho are confident that they will be the last ones to leave, saying, "We think we won't get to leave today. We've never heard our song in a karaoke."

Onew even says, "If someone sings our song, he or she is probably the staff's spy."

On the other hand, Park Myung Soo is certain that he is going to leave early. He says, "I heard 'Prince of the Sea' is one of the top 10 popular songs in North Korea."

Meanwhile, all of the guests except MAMAMOO picks MAMAMOO as the first singer to leave.