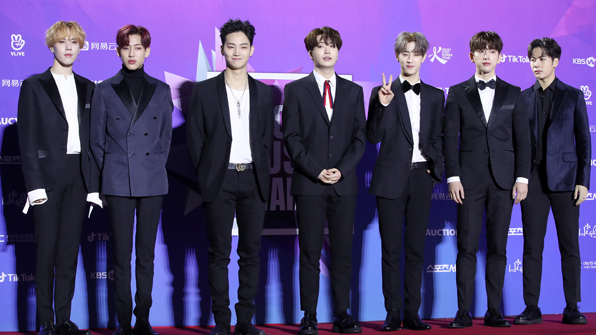 According to JYP Entertainment, GOT7 said during the show, "It's our second time performing in New York. We're glad to be back. We'll be performing on a bigger stage than the first concert. We're more excited than nervous."

They also taught the choreography of 'Look' to the MCs.

GOT7 is currently on a world tour 'EYES ON YOU', touring 17 cities in the world. They began with Toronto, Canada on July 3, followed by Los Angeles on the 6th and Houston on the 8th.

After wrapping up in the United States, GOT7 will tour Mexico City on the 13th, Buenos Aires on the 15th, and San Tiago on the 17th. Lastly, they will move to Asia and tour Singapore on August 4 and Hong Kong on August 24.