Tonight's episode of 'Happy Together - Sing My Song' features part 2 of 'King of Performances Special' starring Park Myungsoo, Lena Park, SHINee and MAMAMOO! They finished exploring each other in the previous episode, and they'll start the real battle with their pride as the kings and queens of performances on the line. 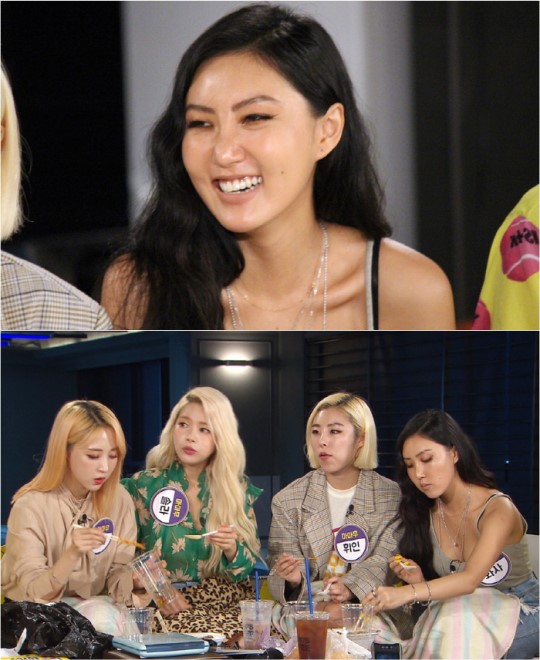 Meanwhile, MAMAMOO's Hwa Sa will be showing her "mukbang" of gopchang (stir-fried or grilled cow intestines). She recently appeared on an entertainment program and casually ate the gopchang alone at a restaurant. This somehow resulted in a gopchang craze in all over Korea, selling out gopchang in many restaurants.

In the still shots from today's episode, Hwa Sa is unable to take her eyes off of the gopchang on the table. Once she starts eating, she delves in the gopchang aggressively with her chopsticks without saying a word. The panels are impressed with her mukbang and agree that she eats with a hearty appetite.

During the battle, everyone falls into deep shock by the results that nobody expected. Stay tuned to find out!