iKon to come back with new mini-album on August 2!

On July 23, YG Entertainment announced iKon's comeback with a poster, which reveals that iKon will release new mini-album 'NEW KIDS: CONTINUE' on August 2. 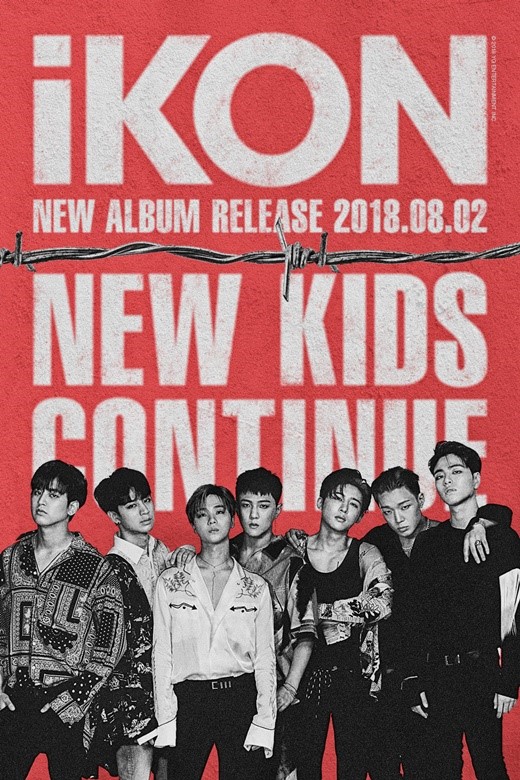 The new album will mark the finale of the 3-episode series that began with 'NEW KIDS:BEGIN' in May 2017 and 'RETURN' in January this year. It means that they will continue to have their passion and effort.

iKon released a mega-hit song earlier in the year. 'LOVE SCENEARIO' topped major real-time music charts for 43 days and weekly charts for 6 consecutive weeks. It is not an exaggeration to say that they ruled the music industry in the first quarter of the year.

Let's see if their new track will live up to the reputation!