Seventeen's Seungkwan & Mingyu reveal how they became trainees [Happy Together]

On tonight's episode of 'Happy Together - Sing My Song', Seventeen's Seungkwan and Mingyu talk about how they were cast by their agency, Pledis Entertainment. 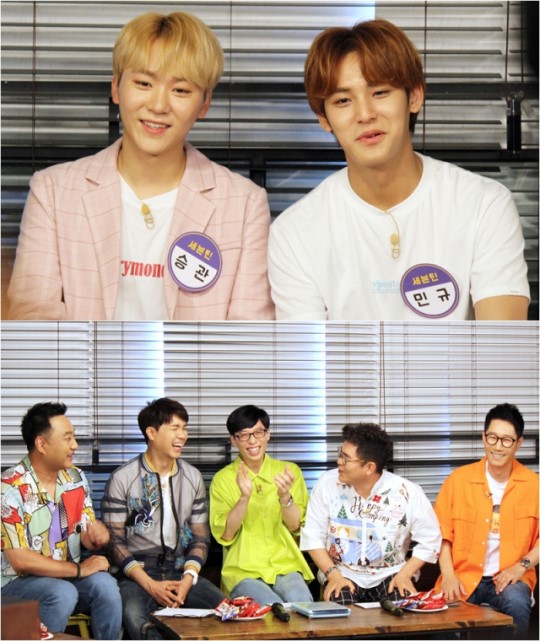 Seungkwan says, "The way I became a singer is a bit dramatic. I entered a youth singing contest in Jeju because I liked singing so much. At the time, my teacher filmed my performance, and I posted the video online because my face wasn't really visible in it. Then my company offered me an audition."

Mingyu adds, "At the time, I was already a trainee. I heard that a new trainee with Psy's face and singing skills on the same level as Park Hyo Shin was coming. But only his parents came, and Seungkwan wasn't there. It turned out the parent was Seungkwan."