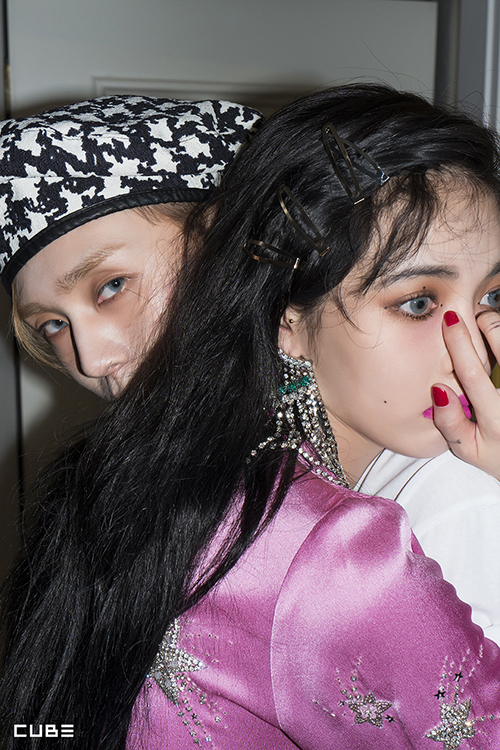 On August 2, a media outlet reported that Hyuna and E'Dawn have been dating for several months. E'Dawn's birthday is June 1 and Hyuna's is June 6, and they allegedly celebrated their birthdays together on June 4. The report claimed that they became lovers while they worked together as project group Triple H.

On the same day, CUBE Entertainment immediately denied the rumor.

Meanwhile, Hyuna, Hui and E'Dawn released their first album as Triple H in May of last year. In July, they released a new album 'Retro Futurism' and have been promoting with the title track 'Retro Future'.