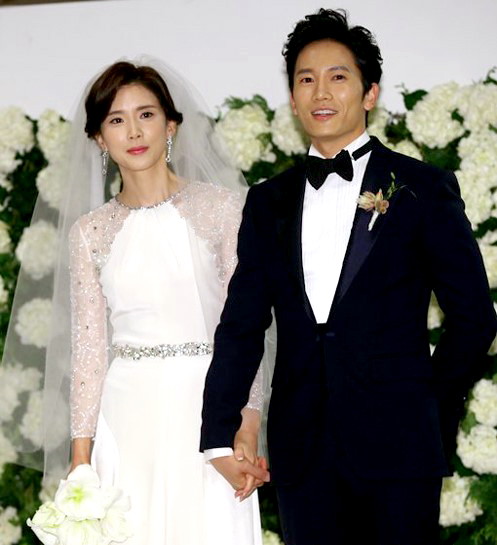 On August 15, actress Lee Bo Young's agency, Flyup Entertainment, revealed that Lee Bo Young is pregnant with her second child. She is in the early stage of her pregnancy, and she will be focusing on prenatal education for now since she does not have any upcoming works.

Lee Bo Young and Ji Sung dated publically for 6 years and tied the knot in 2013. They had their first child, a daughter, in 2015.

Ji Sung currently stars in drama 'Familiar Wife', and his movie 'Feng Shui' will be released next month.