Tonight's episode of 'Where On Earth??' will show the last bit of Ji Jinhee, Cha Tae Hyun, Cho Saeho and Bae Jung Nam's expedition to the Isle of Skye in Scotland. 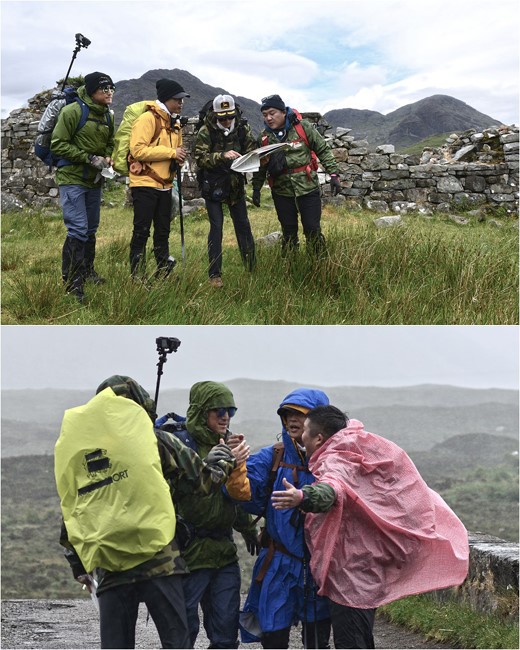 As it is their final day, they take their first steps with great force. But Scotland's capricious weather is not easy to deal with until the end. Even though the day seemed so clear in the morning, a heavy storm drags them down in the afternoon. The rainstorm is even more fierce than the previous one that had made them revise the entire schedule. But they can't delay the schedule anymore. Besides, if they stop moving, it could lead to hypothermia, so the team is forced to fight the Mother Nature while encouraging each other to keep going.

In the midst of all this, an emergency makes everyone's hearts sink. Bae Jung Nam, who was leading the team at the head, sprains his ankle. On top of that, Cho Saeho says, "My lips are becoming blue. I can feel that my temperature is dropping" and complains of symptoms of hypothermia. Will the team be able to overcome the worst catastrophe?

The staff of the show said, "This week's episode will feature the expedition heading to their final destination. While the first expedition to the Arabic Sea presented a catharsis, you will be able to enjoy a thrill on another level through this one."