BTS' eldest member Jin appeared in a prince-like outfit on the way to 'Music Bank'.

On August 31, BTS showed up at KBS for their comeback stage at 'Music Bank', which is broadcasted live every Friday. Among the members, Jin's unique fashion caught the attention of the fans and the press. 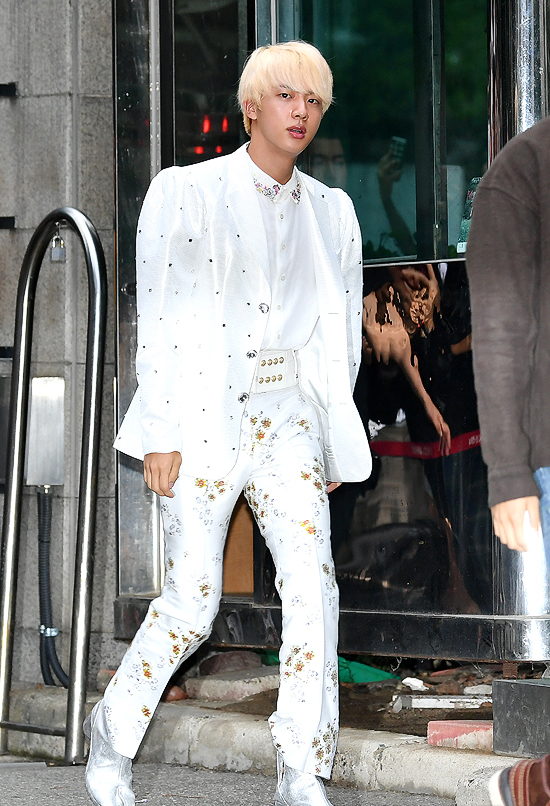 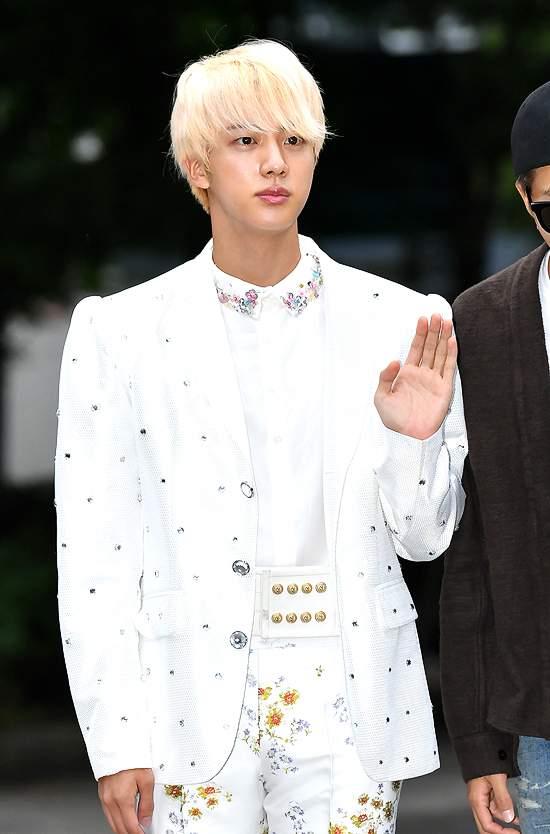 While other members came dressed in casual outfit, Jin was dressed in a white jacket with shoulder pads, white jeans with floral patterns and silver boots!

According to BIG HIT Entertainment, Jin wore the outfit as a surprise event for the fans. His outfit was from the concept photo of BTS' new album 'LOVE YOURSELF 結 'Answer''.

The staff added, "Jin did it because he wanted to do it."