GOT7 to come back with 4 versions of 'Lullaby', in Korean, English, Chinese and Spanish 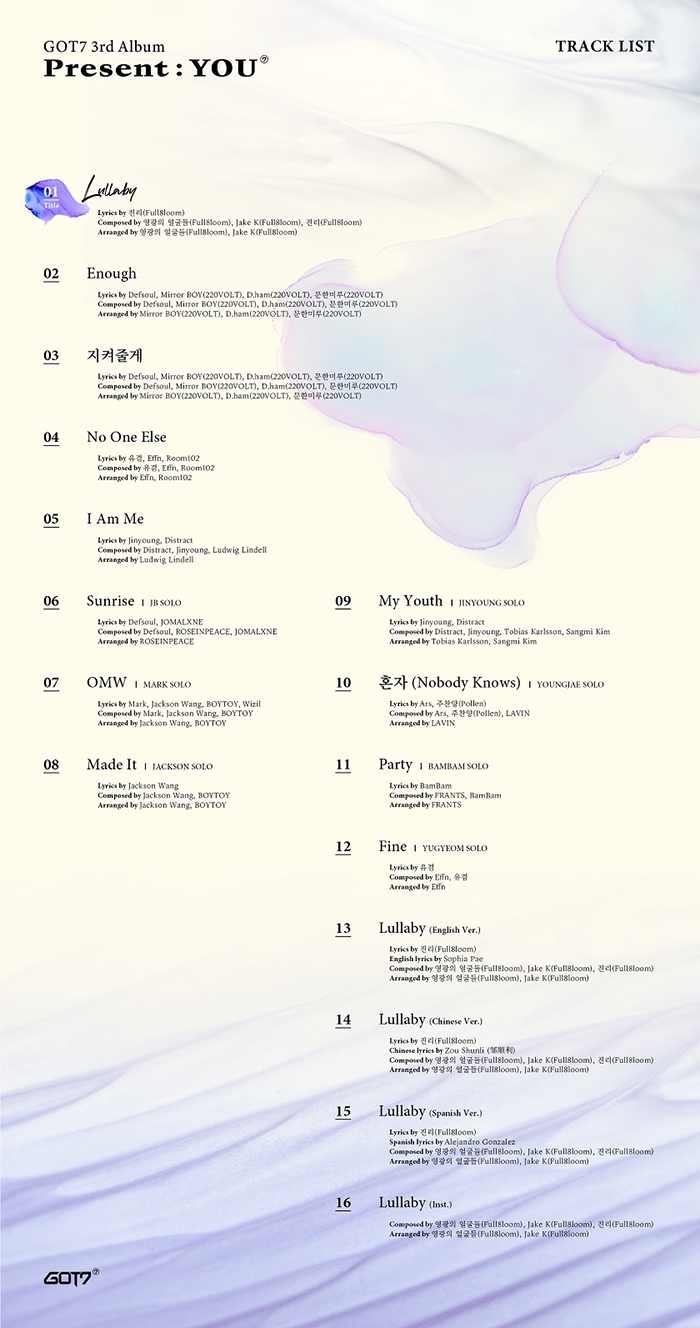 According to the track list, the title track of the album is 'Lullaby'. This track comes in 4 different versions: Korean, English, Chinese and Spanish! GOT7, who successfully wrapped up their world tour 'GOT7 2018 WORLD TOUR' of 17 cities, has prepared a special gift for the global fans.

In addition, GOT7's new album contains each of the 7 member's solo track for the first time since their debut. They are: JB's 'Sunrise', Mark's 'OMW', Jackson's 'Made It', Jinyoung's 'My Youth', Youngjae's 'Nobody Knows', BAMBAM's 'Party', and Yugyeom's 'Fine'. The members participated in writing and composing their solo tracks.

Other than the solo tracks, the album contains 'Enough' and 'I'll protect you' (literal translation) written by JB, 'No One Else' written by Yugyeom, and 'I Am Me' written by Jinyoung. Including the instrumental versions of the title track, the album is composed of a total of 16 songs.

The new album 'Present : YOU' is GOT7's third full-length album, which will mark their first comeback in 6 months since 'Eyes On You' was released in March. The title of the album means that the best present in GOT7's lives are the fans (YOU).

GOT7's album 'Present : YOU' will be released on September 17.